You Hungarian! Me German! Basta! 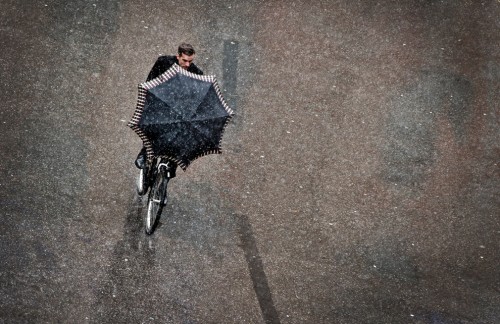 In March 2011 I was invited to a book presentation in Portugal. Many people attended the evening event with the reading and the following discussion, the audience was patient. However, the question of a young man changed the friendly and open-minded climate of the interested public from one moment to the next. All of a sudden, we were reduced to being Germans and Portuguese who looked at each other in a hostile manner. The question was not nice. The young man asked whether we, and he referred to me as a German, were not currently achieving with the Euro and our exports what we had not achieved at the time with our tanks. No-one in the audience contradicted – quite the opposite. Suddenly, everything had gone quiet and everyone was looking at me full of expectation, as if someone had finally asked the decisive question. And as if all of this wasn’t bad enough, all of a sudden I reacted as expected, as a German. I sounded offended when I replied that no one was forced to buy a Mercedes after all, and when I said that the Portuguese ought to be glad if they were granted loans at lower rates than the usual bank interest rates. When I gave my answer it went totally quiet in the room. You could have heard a pin drop.

When I finished, the immediate uproar that followed my remarks made me come to my senses. Since I had the microphone in my hand, I stammered in my pigeon English that I had just reacted as stupidly as them and said that we all got caught in the same trap, if we took sides against each other as Portuguese or Germans, like you would when supporting your national team during a football match. I questioned how we could have been so stupid to believe that this was really about Germans and Portuguese and not about those at the top against those at the bottom and that it was therefore about the question, who in Portugal and in Germany alike had caused this situation and who had profited from it and is still profiting from it? I asked whether it was not true that in Portugal and in Germany, alike (and not only in these countries) profits had been privatized and losses had been socialized? Wasn’t it true that in Germany, just like in Portugal, more and more areas of life were economized, in other words, privatized and therefore subjugated to the pursuit of profit, and this even in areas where it was absurd or even dangerous? And hadn’t democracy already been severely damaged by the financial crisis and the debt crisis which had been aggravated as a result?

I also mentioned how familiar these types of accusations and reactions felt to me. I said that this was the exact type of debate we had (and occasionally still have) in Germany – East against West and West against East. Those in the West say: We have been providing you for years with billions of Euros in order to enable you to renovate your houses and streets and playgrounds. Now, we have had enough. As a result, we have become poor ourselves! And those in the East say: you have taken away our jobs, you have used all the profits for yourselves because only Western companies have survived. Meanwhile, our products can only be found in a museum.

I can’t claim that after I had said this during the event in Portugal, we fell into each other’s arms. However, it was possible to talk to each other again. I was told by the Portuguese what the savings measures imposed by the European Union meant for them. They explained that they only had enough money left to buy the bare essentials, and in some cases not even that.

Situations such as the one which happened during this reading in Porto have happened to me again in a more or less similar fashion during readings or during interviews in other countries. For a long time I had been reduced to being the East German who was supposed to comment on the conflict between the East and the West. In the same way, now I was being reduced to being the German, who is held liable for the policy of the German government and who is supposed to comment on the difference between Germans and Greeks, Germans and Italians and Germans and Hungarians.

When I talk about different interests within a country, if I talk about social and economic questions and the polarisation of society, people think that I am being evasive. It is quite disconcerting, what sort of unsuitable criteria are being used during public discussions and how apolitical they have become. Whenever I try to explain to myself this depoliticisation and thereby the beatification of the status quo, I get back to talking about the fall of the Berlin wall. The glorious year of 1989 has led us to taking many things for granted, which I am only becoming aware of now. For almost ten years I thought that from a world, which was only comprised of words, I had ended up in a world where the only things that count, were figures. It seemed as if all constraints had turned into constraints dictated by practical necessities. Even I lost my words. What were words supposed to achieve anyway compared to figures? Weren’t ideologies lost as a result of the implosion of the Eastern bloc as well, at least in our latitudes?

While I am writing this, it seems ridiculous and incomprehensible to me as well how an adult could have been so naive to believe this. Of course the West is also based on words, on agreements and contracts, on the conflict between various social and economic interest groups – on a social contract! How could I have been so gullible and credulous! And how difficult has it been and is it still to become emancipated from this ideology of constraints dictated by practical necessities and the decisions without alternative.

If the nation pushes itself to the forefront in the argumentation, there is something wrong in a country. If this is the case, the contradictions and the opposing interests within a society are being covered. The only thing which helps here is: Citizens of the world, unite!

The text appeared in a special supplement to Élet és Irodalom linked to the Budapest discussions on Europe project.