How I accosted a Grandmaster 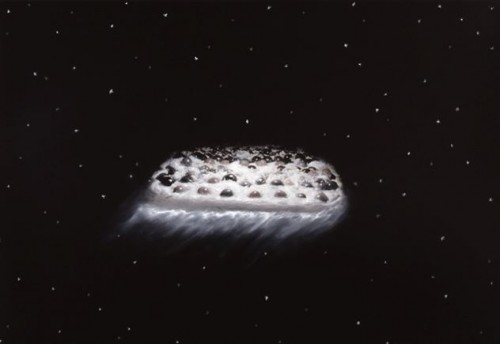 Vagaries of geography make people come up with all sorts of occupations, some quite weird. For example, compulsive chess playing.

The island of Grimsey is the only part of Iceland that is intersected by the Arctic Circle. It runs directly across the bed of a legendary pastor. Legend has it that this God-fearing fellow was instrumental in populating the island, while brave young men struggled with the ocean leaving their wives in his care. The current population exceeds one hundred and although everyone laughs at the legend of the fertile pastor, his successor makes only flying visits once a month. The roofs of the modern houses sport satellite dishes and on weekends the islanders order expensive pizzas flown in from Akureyri. This is what it’s like now, but until 1920 Grimsey was virtually cut off from the rest of the world. Given that for the island’s inhabitants the rest of the world consisted of a larger island, i.e. Iceland, it is easy to assume this was the proverbial end of the world. Electricity wasn’t introduced until 1945. However, we shouldn’t jump to the conclusion that the end of the world is a sad and unhappy place. For centuries the island’s inhabitants have indulged in passionate chess playing. Lost sailors who sometimes landed there or had been rescued after being shipwrecked, would relate this wondrous tale upon their return to France, Spain, Portugal or Germany.

News of the mad chess players travelled across the ocean reaching the eccentric millionnaire-cum-chess champion, Daniel Willard Fiske. Fiske was also a scholar of Icelandic history and friend of the Icelandic politician and man of letters Jon Sigurdsson, as well as of Mark Twain, who by then was already very famous. The millionnaire decided to take the tiny island under his wing. The first thing he did was send them a marble chessboard. Then he dispatched a ship loaded with essentials as well as a cargo of timber, and paid for the construction of a school and a library. Fiske died in 1904, leaving the islanders the substantial sum of 12,000 US dollars in his will. In those days it was the largest bequest any Icelander had ever received from a private individual. The islanders honour Fiske’s memory to this very day by meeting every 11 November. The meeting is held in a room adorned with his portrait. The marble chess board is kept in the same room.

History has taken a fancy to Iceland and chess players. Fiske’s spirit hovers not only above Grimsey but also above Reykjavik.

It was in Reykjavik that a chess game, which later came to be known as the Game of the Century, took place. Boris Spassky faced Bobby Fischer across the chessboard. Fischer made a fatal mistake early on, stoking the tensions. He did not turn up for the second game. The Soviet chess federation ordered Spassky to stop the game. Spassky did not back down as he was ahead by two points and wanted to win. Fischer turned up for the third game and won. Eventually he won the whole match, becoming chess Grandmaster and vanquishing the Soviets’ hegemony. In the USSR Spassky’s defeat was regarded as a national disaster. And what does all this have to do with Grimsey? What’s it got to do with me? Seemingly nothing. Many years after his glorious victory Fischer found himself locked up in a Japanese prison, stripped of his US passport and unable to leave. Recalling his victory over the Soviet Union the Icelandic authorities granted him citizenship in an expedited procedure. Fischer arrived in Reykjavik from Tokyo as a free, naturalized Icelander. I met him. He was sitting in the Solon Restaurant. I could see his life was at a stalemate. I joined him at his table. That’s what Iceland is like, it’s a place where you can accost a star and have a chat. He asked if I played chess. I said I wasn’t very good. What a shame, he said, I need a partner for tonight. How about visiting Grimsey, I asked. Everyone there plays chess, they’ve been playing for generations. Grimsey, you say, he sighed. Grimsey… OK, I’ll think about it.