An Election Descended from Heaven 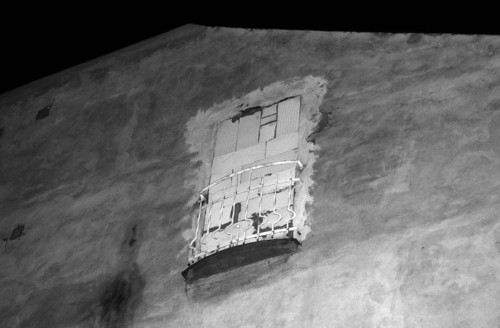 The great Russian writer Nikolay Gogol once noted in a private letter that his unwritten works were his “heavenly visitors”. That is, they already existed in heaven and just had to descend to earth, safely landing in the author’s mind. That’s basically what I have to say about the Duma elections due on 4 December, as well as the presidential election due in March. The good news is that their results have already been written in the Kremlin heaven and that all state politics has to do is bring them down to earth safely without any scandals and misunderstandings. I’m willing to appear in the role of a Yakut shaman, predicting the future, banging my magic drum and declaring this goal will be achieved without any accidents that might inconvenience those in power. We have the best elections in the world! Of course, the funny thing about this situation is that anyone, any Russian citizen, might appear in the role of the Yakut shaman, for everyone understands what’s going on. Only a mentally disturbed individual could be worried about the outcome of our elections, suffering sleepless nights and biting his fingernails in excitement, wondering who will win. Only someone like that could be plagued by nightmares in which, for example, the communists under Zyuganov have won and we’ll have another Soviet Union, only this time with an Orthodox face because our communists now worship in Russian Orthodox temples. Only a pathetic idiot might get the idea that the election will be won by the well-known but politically useless Zhirinovsky who’s promised to protect Russians from all non-Russians. As for other minor parties – whether it is the more or less liberally oriented Yabloko or the vaguely social democratic Just Russia – not even a complete lunatic believes they stand a chance of winning. Each of them will be given a few seats in parliament, like the poor offered a handful of rice.

Of course, not everything has been clear right from the start and right to the end. Some had expected Medvedev wouldn’t concede the presidential office to Putin without a fight. Some believed that the wise and kind oligarch Mikhail Prokhorov would make Just Cause into an effective party based on European values, leading it into parliament with the blessing of the aforementioned heaven. Alas, Medvedev exchanged presidential ambition for human decency, remaining faithful to his older friend Putin to the very end, which has probably secured him the quite substantial job of prime minister. Meanwhile Prokhorov managed to squabble with the Kremlin even before the election, oblivious of the fact that in Russia those in power will listen to liberals only if they say yes to everything; and lo and behold, it took just a day for him to be pushed out of politics.

Admittedly, there’s also the small band of oppositionists outside the system and who hate our powers-that-be but they haven’t been invited to take part in the elections since, frankly, although they are quite good at making a noise they lack the support of the people. But who does have the people’s support? Who do the people love? For the time being that’s immaterial since everything is under control. What’s certain is that in their heart of hearts the people are beginning to feel doubtful. That’s quite new and it’s not yet clear what will come of it. For example, take the recent incident at the stadium. Some journalists were under the impression that Putin himself had been booed. Of course, the next day it was explained to us that nobody had booed him and that the boos were addressed to someone quite different, a foreigner clumsy enough to lose the match. But even if this had really been the case, it’s still remarkable as until recently nobody would have believed that Putin could be booed even theoretically. And now suddenly a justification has become necessary. Some kind of ghastly ferment seems to be bloating people’s bellies.  Grinning maliciously people tell jokes and generally fail to show suitable gratitude for their lives. As for the intelligentsia, it isn’t showing signs of great enthusiasm either. Rather, what it is showing is signs of worrisome hesitation: should we vote at all? Or should we not? Some intellectuals go so far as to claim that it’s disgraceful to go to vote since everything has been decided in advance.

All this has begun to generate an invisible tension, giving the impression that the powers-that-be are about to take offence. After all, they have done everything to ensure a better life not just for themselves but also for the people, but the people suddenly seem to be sulking. And assorted bloggers dare to mock the party of power, calling it the party of crooks and thieves; the Internet is seething and bubbling. Why, if I were Russia’s powers-that-be, I’d just ban the Internet, full stop. The atmosphere there has become rather unhealthy.

That’s the problem with our people. It’s not clear what they want. The powers-that-be have started playing an open game, nostalgically harking back to the good old days of the Soviet Union, meting out harsh punishment to those who incite national feelings and lately they’ve assumed a harsher tone in their dealings with the West – let the West take care of its own economy and stop sticking its noses into our democratic elections. Those in power seem to be doing everything they can for the people, promising everything imaginable, a veritable blossoming of our nation, yet somehow there’s no sign of any enthusiasm sweeping the country.

If things go on like this, after the elections it will be necessary to introduce greater strictness and greater order, open supplementary stores of people’s enthusiasm, release more fear and shudder. I’m convinced that the powers-that-be will start dealing more harshly with both you people in the outside world as well as our domestic world. But meanwhile they are getting on with posting glorious campaign posters, organizing festive meetings, and everything is hunky-dory.

We are grateful to Viktor Erofeyev for his permission to publish this essay in Slovak and English.