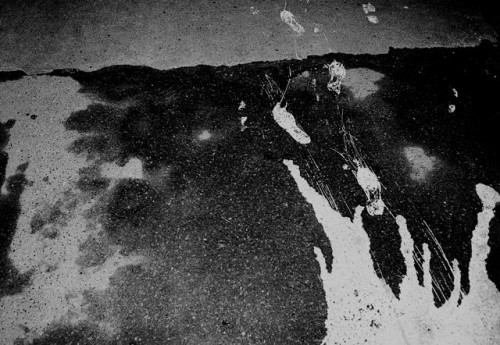 When Viktor Orbán’s new government took power two years ago, it inherited a great many problems from its predecessors: having only just escaped bankruptcy, Hungary had to be rescued from the stranglehold of socialist-liberal mismanagement, the quagmire of a corrupt political coterie, the growing entanglement of state and organised crime, and a complete political stalemate.

Although Orbán had not offered a programme to tackle all this, in April 2010 the Hungarian electorate gave his party a comfortable majority that was translated into a two-thirds majority in parliament.

The Alliance of Young Democrats, abbreviated as Fidesz in Hungarian, immediately set to work and soon made clear their determination to rule from a position of power. Their new slogan, a ballot box revolution, sanctioned unorthodox methods that didn’t involve decentralization of decision-making or listening to independent organisations, let alone transparency. Even minor decisions have been taken by the Prime Minister and his entourage.

All those who were initially inclined to put all this down to the pressure of circumstances were soon disabused, as it rapidly transpired that it was all really a long-term power grab, and that in its pursuit the new rulers were quite happy to come to an agreement with the oligarchs of the defeated other half of the country.

At the same time, the sweeping legislative changes were amateurish and flawed in legal, political and substantive terms. What may at first have looked like a careless slip that could be sugar-coated by simplistic spin — partly thanks to the bumbling of the marginal(ised) opposition — soon solidified into a system. Many of Fidesz’s initiatives were far from successful: bills pushed through parliament remained controversial, were often unenforceable, and went through only with many amendments. Fidesz’s economic policy has surpassed even the worst fears: it has proved to be volatile, incoherent, lacking clear objectives and acting as an ad hoc punitive force, it firmly established Hungary on the bottom rung of every EU index. And last but not least, Orbán has managed to lead Hungary into international isolation.

The conservative government is currently quite clueless about how to handle the desperate situation. Following the fireworks that accompanied the cementing of power the only remaining ideas they are relying on is the raising of taxes and the warming up of stale historical myths.

The population is incensed by the former and bored by the latter, since all relevant repertoire has long been exhausted, even though one cannot deny that the bizarre reburials of literary figures who died in exile, the renaming of streets and squares, the shifting of monuments and the ludicrous Horthy cult have a certain value as cabaret.

In view of the country’s bloody history many people fail to find this very amusing, yet the concern that this foolishness can leave a permanent mark on the Hungarian view of history, conservative as it is, seems rather exaggerated. However, the attempt at falsifying history has met with enormous resistance and may even provoke a big row of historians, something that has been long overdue in Hungary.

Opinion polls indicate growing frustration, even among Fidesz’s core electorate, with the direction the country has been taking, and Orbán’s party now reaches only the level of the discredited former communists.

So far no real political alternative has emerged, further proving that the country has lost any illusions that politics could stir anyone, let alone change anything. Even the neo-Arrow Cross followers can do nothing but bob up and down in the — not inconsiderable — corner of hardcore Nazis.

Former prime minister Gordon Bajnai, the great hope of the centrists, has squandered almost all his capital with his attempts to make a political comeback: instead of coming up with a coherent message and a fresh team, he prefers to churn out blogs, admittedly rather pointed ones. Society is stuck in limbo, still believing it can afford to wait for the crisis to pass. It is increasingly perplexing that following the huge rallies earlier this year Hungary has sunk back into apathy and indifference. However, trying to grasp the country’s collective state of mind — an explosive mix of frustration, hysteria and rage — by rational and analytical means is a difficult and perhaps impossible task: to state that the opposition is split, inept and discredited is hardly sufficient.

A more illuminating explanation — confirmed by sociological research — might be that the Hungarians have traditionally tended to use individual strategies to resolve problems, and that the idea of collective action never even occurs to them.

The rejection of the public spirit

The curse of the period when Hungary was allegedly the merriest barracks in the socialist camp, seems to have returned. However, all that goulash communism did post-1956 was to atomize society, driving it to pursue individual survival strategies and blocking any public-minded thinking and action.

The public spirit continued to be rejected even during the transition years while individual strategies were being preached. The free republic has never succeeded in creating openings for communication involving social debate and enabling collective action.

Now that even the smallest remaining islands of freedom are under attack, all this has come home to roost. Instead of initiating a search for common solutions and showing responsibility, people are seeking individual solutions. This is why some remain in shocked stupor while others are starting to pack their bags: the sole ambition of nearly half the Hungarian population under thirty is to leave the country.

Too little too late?

All the problems that existed when Orbán took power have only been aggravated and become more acute, and social tensions in the country have risen. His record halfway through his term of office is a disaster that cannot be whitewashed: Hungary is on the edge of a precipice and there is hardly anyone who is not on a collision course with the country.

Even if Hungary’s civil society were to find a way of calling this government, indeed the entire unbridled elite, to order, it might be a case of too little too late.

However, Hungary seems too small to send packing the political class that has ruled the country for 20, 40, or even 60 years, and to start from scratch: the only hope is that a young team waiting on the sidelines might declare defiantly that it’s here to stay and wants to make things better. It remains to be seen whether Orbán and his squad will at least manage to leave office in a professional manner.