The art of listening to silence 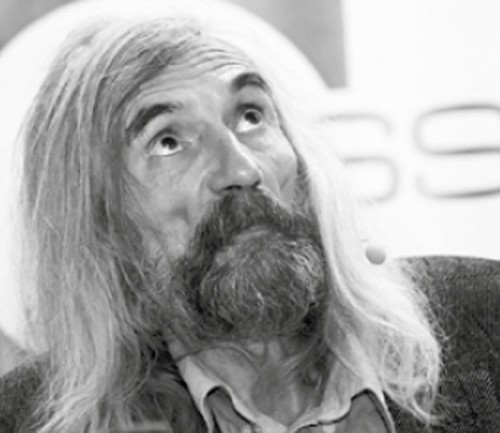 Maybe it’s the arts that subsidize the state, not the other way around, Miroslav Petříček tells Literární noviny in an interview on the role of the philosopher in present-day society.

Kateřina Nechvílová: Do you agree with the current image of the philosopher in society (media)?

Miroslav Petříček: Hardly, as long as people tend to refer to a “philosophy” of management or a “philosophy” professed by this or that football coach. Philosophy has nothing to do with strategy or planning. And it is just as much of a misunderstanding for a philosopher to regard himself as omniscient, or to be seen as someone endowed with some mysterious gift of insight into the way the world functions and revered as a result so that he can be asked, for example, to reveal the causes of the economic crisis even though economists themselves no longer understand economics. A philosopher is a person engaged in thinking, which means that his or her main endeavour is to figure out how to ask questions that are different from those to which the answers have been known for a long time. And of course, it is a way of life based on the understanding that not everything that is currently generally considered important is worth investigating.

KN: Is the situation abroad significantly different in this respect?

MP: That is hard to tell but generally speaking (judging by the press or various blogs) it isn’t. However, it seems to me that beyond our western borders culture is still held in somewhat higher esteem and that is why the word “philosophy” is not used in such a frivolous way. We may have yielded too easily to a technocratic way of thinking and now can’t see further than the next street corner without even trying to see what is around it. Although we appear to show some respect to symbolic values, in reality we judge them by their (zero) convertibility, and in this respect, to our detriment, we are different. We have succumbed to the general trend of only dealing with things that lend themselves to easy solutions and whenever we come across something we can’t solve we are gripped by panic.

KN: What do you think a philosopher has to offer to present-day society?

MP: Philosophy is the art of finding a way out of a situation where everyone else feels trapped. It rids people of their innate dependency on simple answers, by not looking for a third way but rather for a fourth or a fifth way. It shows how important it is to be able to have a good laugh at things that are humorous while being serious about things that are only beginning to emerge. However, this has something to do with the fact that philosophy has always been a form of critical thinking, that is to say, the capacity to stop in one’s tracks from time to time to make sure that we aren’t running around in circles. Because it is crucial that we check from time to time that we’re not reducing complexity to something overly simple and that the real sense of things isn’t contained in what we have stripped away. This might help us realize that – especially in this country – we have entered an era of greatly stripping material away. We are only able to cope with round numbers. If our long division doesn’t yield round numbers we are unhappy. We are in a hurry to get rid of the remainder (which is not adaptable) without realizing that it is through the remainders we’ve got rid of that our era is trying to speak to our hearts. Philosophy is the art of listening to silence. Of listening to all the voices that are inaudible because they can’t be converted into simple slogans.

KN: Should philosophers interfere in public affairs (for example, by speaking out more and more comprehensibly on current events)?

MP: Everyone ought to interfere in public affairs, otherwise it’s not public affairs. Just like everyone is a member of civil society, for otherwise rather than citizens, we would be nothing but a claque that participates in elections. And the demand that we should be comprehensible is dangerous: what we are meant to be is not comprehensible but accurate. The minute I start being less accurate in order to be comprehensible I am lying. I am comprehensible only if I try to avoid lying as much as possible. Otherwise the ideal of comprehensibility degenerates into buffoonery.

KN: Richard Rorty defined the role of the philosopher as follows: intermediary between discourses (Socrates); cultural overseer (Plato) – ruler. How would you define his role?

MP: Our era is incompatible with the role of the cultural overseer, partly because the state has tried to claim this role. The role of the philosopher is no different from that of any other person, except that it is more difficult, provided that he has – perhaps –

more opportunities to speak out publicly, which in turn increases his burden of responsibility. However: it is primarily a responsibility to oneself – he should never say anything he doesn’t believe or adjust to what other people what him to say. But the same thing ought to apply to everyone’s behaviour.

KN: Is culture entitled to state subsidies? And what about philosophy? Who, in your view, ought to decide which areas of culture (or other unprofitable professions) deserve to be subsidized?

MP: Who knows, perhaps it is the arts that subsidize the state rather than the other way round. Our government is hypocritical, parading its cultural values and boasting of its living culture but is rather reluctant to admit (unless compelled by various statistics and international comparisons) that the standard of education is falling and that we don’t always perform excellently. Thus it exposes an imbalance of its own making: political programmes of all parties contains paragraphs on the arts but in real life and decision-making the arts always end up as the remainder that is stripped away. Except that the arts constitute the foundation of society because by seeking new solutions and by banishing the fear of the future they help us adopt a critical view of pretend values. A society that regards the arts solely as a convenient embellishment is a society of cowards, who are scared of leaving their home in the morning and finding out that something outside has changed. In other words, the government ought to support the arts not for the sake of the arts but for its own sake. However, in this country it’s vice versa: the creative arts exist in spite of being de facto ignored by the state. Only if this state of affairs were to change could one begin to contemplate ways of allocating grants or subsidies. Until then it’s nothing but a pack of dogs fighting over gnawed bones, a fight that is undignified for both parties alike.