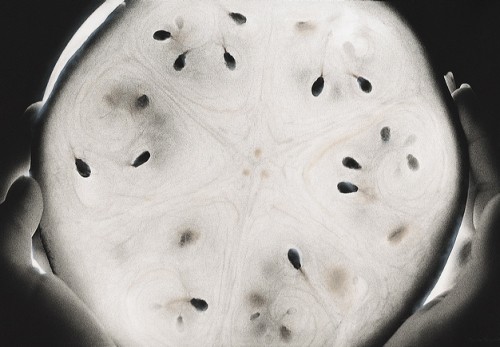 People say that ever since the good old days of communism ended the quality of our food has gone to the dogs. It’s now full of chemicals, additives and taste enhancers… Those who claim this usually cite Wedel’s chocolate with whole hazelnuts as a prime example. The post-communist variety is apparently made with Chinese nuts and the chocolate allegedly contains more sugar than it used to. I don’t know if this claim is fuelled by nostalgia for the old days that are now gone forever or if it’s based on an objective assessment of consumer data. In any case, I certainly don’t recall shop shelves being full in the 1970s and 1980s and I’m highly suspicious of comparisons between the quality of products today and those in the past. I’m sure that even then the food contained chemical additives except that in those days you couldn’t tell from the packaging what had been added and in what quantities. But let’s move on from chocolate because our topic for today is sausages.

Now, the same people who bewail the quality of chocolate today also complain about the quality of smoked meats. Smoked meats were allegedly much better under communism. Admittedly, there have always been people in the country who had pigs and thus were – and perhaps still are – able to produce something really top notch, but what about everything else? Krakowska, krakowska, krakowska. The Queen of Polish sausages. In the old days, if you were lucky enough to get hold of it, it was supposedly the equivalent of today’s Mercedes compared to a bike. It used to be dry, really dry. That is to say, the meat content of the meat… it’s all a bit like the conversation about the sugar content of sugar in that scene from Stanislaw Bareja’s 1972 comedy Man-Woman Wanted. I don’t know what it was like back then, I don’t remember anymore. But I know what it’s like now, at least I believe I do. And in my view, nowadays the best Krakowska sausage comes from the city of Szczecin. I make sure to check it out every time I visit. The local sausage is so dry, in other words, its water content is so low that you can barely slice it. Anything but the thinnest of slices is out of the question. It has to be paper thin. But someone somewhere told me that while the krakowska sausage from Szczecin may be good, the best krakowska still comes from Kraków, as made by the Krakowski Kredens Company. I recently attended a book fair in Kraków where books were on sale. Sometimes other things, too, may be on sale at book fairs, but more of that later. Although it was raining cats and dogs, the bookfair attracted large crowds. Books and people. People and books. No sausages. Nothing but literature. After the bookfair I visited the Krakowski Kredens Company shop. I wanted to find out if what they said about the sausage was really true. I purchased a whole stick, complete with state-of-the art packaging. For a while I wondered if I had bought a sausage or a set of luxury tennis balls because the price, too, was rather un-sausage-like. Driving back to Vienna I had a first taste of the krakowska sausage in its state-of-the-art packaging, purchased for a state-of-the-art price. And I have to say, it tasted delicious. After tasting it everyone in my family – which hails from Szczecin – agreed that the Krakowski Kredens sausage is a match for the krakowska from Szczecin although it can’t compete in terms of price. Which means that the sausage from Szczecin is still better. But never mind, let’s move on.

Some two weeks after the Kraków book fair I attended a similar event in a capital city. The city is located on the Danube and its name begins with the letter B. The bookfair was held in a similar venue and the locals spoke a language close to Polish. There were books and there were people, but that’s not all. At this book fair there were also stalls selling cheese and smoked meats. I have to admit, with a heavy heart, that the numbers interested in the sausauge stall exceeded those interested in the literature stalls. The selection of sausages and other parts of murdered small animals processed for human consumption was enormous. There was something strangely familiar about the smell of this capital. The smell of printers’ ink mixed with the smell of smoked meat… I was taken back in time to the good old days of communism. I recalled the moment a neighbour had come home with a piece of fresh rolled ham, wrapped in a fresh edition of the communist party daily, Trybuna Ludu. That familiar smell… Just like the one in the city starting with the letter B. And something else. I asked the assistant if, by some chance, he had any krakowska sausauge. Yes he did, he said although, in his opinion, the best krakowska hails from the city of Vienna…