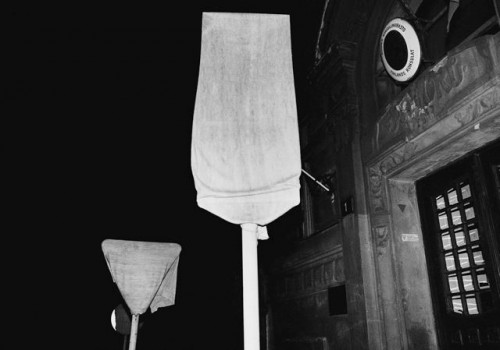 At a recent meeting of Ukrainian and French publishers a few ‘basic’ facts about Ukraine were mentioned for the benefit of the French by way of introduction: the country has a territory larger than France and 45 million inhabitants. The French publishers’ eyes popped out in astonishment: ‘But that’s a huge market!’ one of them exclaimed. I believe educated people with no idea of the size of the state of Ukraine can be found anywhere in the world. Which means that the world doesn’t know much about Ukraine. It is Ukraine that is mostly to blame for this state of affairs. Only once was Ukraine at the centre of global attention, becoming the beneficiary of a free three-week advertising campaign on CNN. That was in the autumn of 2004. The world followed the Orange Revolution, its leaders and its heroes, with bated breath. Alas, the revolution and its victory that went nowhere have long been forgotten. But the country is still around and political passions continue to rage, albeit less loudly than back in 2004.

Following Viktor Yushchenko’s inglorious presidency Viktor Yanukovych, his former foe from the days of the Orange Revolution, became the next democratically elected president. He secured the votes of the southern and eastern parts of the country where he comes from and where he had been governor of the industrial Donbass Region. Ironically, it was Viktor Yushchenko who helped him to victory since what mattered most to him at that point was to prevent Yuliya Tymoshenko from becoming President. The open enmity between Viktor Yushchenko and Yuliya Tymoshenko while she was his Prime Minister was the key reason why in the five years of democratic rule the country sank even further into corruption, throwing away its chance of getting really close to European Union membership. That is why a man with the reputation of a harsh Soviet-style leader could emerge victorious from the 2010 presidential election. Following his victory in 2010 the electorate in eastern and southern Ukraine expected Yanukovych to bring order to the country, to overcome corporate raiding and corruption, carry out the badly needed economic reforms and, most importantly for the regions bordering Russia, to reinstate friendly relations with the Russians, which under Yushchenko had become openly hostile. But not for the first time in Ukraine these hopes were dashed.

During the 2010 presidential elections I compared Yuliya Tymoshenko to a car without brakes and Viktor Yanukovych to brakes without a car. However, Yanukovych started his presidential activities as a bulldozer. The first item on his agenda was to ‘sort out’ those non-governmental organisations that had been most active during the Orange Revolution. Very soon secret service officials turned up in their offices seeking ways of limiting or stopping their activities. Naturally, these organisations have been funded by the West — Europe and the USA — while the only country supporting Yanukovych in 2004 was Russia. And it was on Russia that he pinned his hopes in 2010. His first act in office was to sign an agreement that extended Russia’s lease on the areas in Sevastopol where the Russian Black Sea Fleet is based. Everyone expected a drop in Ukraine’s gas prices in exchange. However, this did not happen. On the contrary, prices kept going up and trade wars became a frequent aspect of economic relations between the two countries. Just recently three major cheese-producing plants have had to halt production because of a Russian ban on imports of Ukrainian cheese. Very soon it became clear there would be no new friendship with Russia and again it wasn’t ‘fraternal Russia’ but the West that came to Ukraine’s rescue, offering large credits. However, there is a political element to IMF and World Bank credits. The US government and the European Union leadership are very concerned about the state of democracy in Ukraine. And its state does indeed raise many questions. The first and key question, of course, relates to the imprisonment of Yuliya Tymoshenko. The West is demanding her release and Viktor Yanukovych keeps nodding to indicate that he has heard these demands, yet Tymoshenko is still in prison. Moreover, several fresh criminal charges have been brought against her and, if convicted, she faces another term of imprisonment in addition to her current 7-year term. Obviously, Viktor Yanukovych can sleep soundly only while she is in prison. Especially when he thinks ahead to the 2012 parliamentary elections and the presidential ones in 2015. For if she is released, she will immediately return to politics, her party will gain the majority of seats in parliament and she will easily replace Viktor Yanukovych as President and do everything she can to make him replace her in prison. Yuliya Tymoshenko’s key crime consists of having signed a contract with Gazprom accepting an excessively high price for gas. It’s true that for some reason Ukraine pays more for Russian gas than Germany or Italy. By the by, if criminal proceedings are ever taken against the current President, I can easily imagine what the charges will be. For example, excessively low rent in the contract he signed with Russia concerning its Black Sea Fleet in Sevastopol. Especially as this agreement with Russia doesn’t expire until 2042!

But I shouldn’t get carried away trying to model the future. The present is just as interesting. Viktor Yanukovych has been building his system of power for two years, installing mainly people from his own Donbass region, including friends of his family, in every key position, especially those controlling the budget. However, the number of people he trusts is very small. Occasionally he has found very original solutions to the problem of the shortage of trustworthy people. Having personally put in charge of Ukraine’s Security Service (SBU) someone who not only wasn’t a member of the intelligence community or even a military man but rather an oligarch with vast financial interests in Russia, Valery Khoroshkovsky, Yanukovych has recently moved him to the post of Minister of Finance, appointing as head of the SBU a security expert who was formerly head of his personal security, Russian-born Ihor Kalinin. Currently the people in charge at every level of the police, intelligence services and the procurator general’s office are all loyal President’s men, willing to carry out his every command. Ukrainian political scientists, recalling President Kuchma’s 2004 refusal to suppress the Orange Revolution by military means, now openly assume that the current leadership will not hesitate to use force should a similar situation arise in the future. After all, it is obvious that the ruling party — the Party of Regions — won’t have a majority in the next parliament unless it resorts to ‘administrative resources’ and vote-rigging.

Strangely enough, an imprisoned Yuliya Tymoshenko has been a rather positive factor. She has long overtaken President Yanukovych in terms of popularity, a fact that does not escape him. He seems to live and work under her shadow. He is trying to demonstrate to the nation that he is doing everything he can to secure associate membership of the European Union as soon as possible but the EU just responds by asking for or demanding Yuliya Tymoshenko’s release. He keeps nodding his assent, of course, but he has no intention of releasing her. Even Russia, which ten years ago launched criminal proceedings against Tymoshenko, has intervened several times on the former Prime Minister’s behalf. Putin perceives Tymoshenko’s trial as a trial of Russia and Gazprom. Admittedly, it is US politicians who have recently been more vocal in defending Tymoshenko, probably because she is the only potential opposition leader who won’t let the current regime become authoritarian.

Nevertheless, in my view Ukraine is not facing the threat of authoritarianism, at least not in its harshest form. In order to secure new credits without which the country simply won’t survive, it has to maintain at least a superficial semblance of democracy. And democracy is not faring too ill in Ukraine. There are two opposition TV channels and several newspapers. And a former opposition radio station has long been inviting to participate in its broadcasts representatives of the government as well as the opposition, and even some fringe figures. However, the main although slightly dubious, proof of democracy in Ukraine are the more than 180 political parties registered with the Ministry of Justice. I can name barely a dozen of them. Nevertheless, all these parties exist on paper. Some are ‘dormant’. These parties are for sale to anyone interested in going into politics. When the deal is done, the party’s seller, i.e. its leader, puts the buyer in charge of the party he or she has bought, or in charge of one of its regional branches. The buyer is then free to launch his or her political career. You can no longer make your mark in the major political parties. Every position in these parties has been taken and the list of those wishing to get into parliament on their ballots far exceeds the seats available in parliament.

This is what life in Ukraine is like these days. Some people wish to become farmers and others customs officers. Some earn their living by participating in political rallies, either on the side of the government or the opposition. Nobody in Ukraine gets involved in politics without remuneration and you’d be hard pressed to find a member of parliament with firm political views and convictions. Of course, there are exceptions but only in the camp of the opposition. Quite recently an opposition politician personally demonstrated how a typical ‘Ukrainian political process’ works. Over the past two years around a hundred parliamentarians have left opposition factions to join the Party of Regions or the ‘Reforms and Order’ faction created specially for defectors. And now the above-mentioned member of parliament for Yuliya Tymoshenko’s party, Roman Zabzaliuk, has hinted that he wasn’t opposed to leaving the opposition. He was immediately offered 500,000 US dollars compensation with the promise of an additional 20,000 US dollars per month if he voted the way he was told. He agreed and joined the defectors’ faction for a few weeks, only to return to the opposition and give an account of how members of parliament are turned into supporters of the ruling party. Moreover, he has recorded all his conversations with the ‘buyers-up’ of parliamentary souls on a dictaphone. The recordings are now freely available on the Internet. It’s a pity that in the middle of the growing scandal few people have noted President Yanukovych’s decree abolishing the ‘Day of Freedom’, a state holiday introduced by Viktor Yushchenko in honour of the Orange Revolution. However, freedom itself has not yet been abolished. And thank God for that!