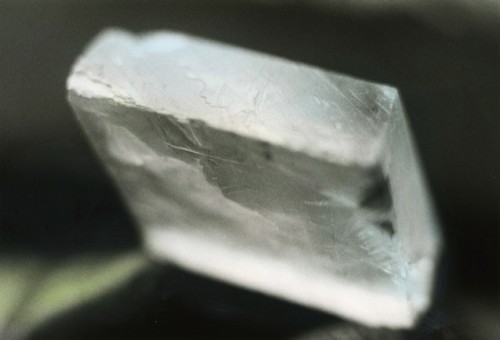 23 March is the Day of Polish-Hungarian Friendship. The relevant resolution was adopted by the Hungarian parliament on 12 March 2007 by 324 votes. There were no abstentions. On 16 March of the same year the Sejm of the Polish Republic unanimously adopted a similar resolution. This touching unanimity of the two parliaments begs for a reworking of the well-known Polish adage. Instead of the Hungarian and the Pole, always friendly / jointly riding, jointly drinking. Boisterous and joyous both / may God bless their souls, it should read: the Hungarian and the Pole / always friendly/ jointly voting, jointly drinking. Depressed and joyless both / may the cross in the Sejm bless their souls. I understand the Hungarians have also put up a cross in their parliament although I don’t know the circumstances under which it was installed. To be honest, the only hanging cross that has aroused my emotions was the one at a McDonald’s on the motorway from Vienna to Budapest. It’s not that I don’t like crosses or don’t support them. Quite the contrary. I do like and support crosses. I even have to confess that I’m sometimes tempted to prostrate myself in front of a cross when in company. But there was something particularly touching about the cross that was hanging above the rubbish bin next to the containers with ketchup and mustard. The Hungarians obviously see the cross differently from the Poles but they are our brethren nevertheless — after all, in the 18th century they provided shelter for our aristocratic anti-Russian insurgents, which might be the origin of the above saying that has eventually become better known in its shorter version: “Lengyel, magyar — két jó barát, együtt harcol, s issza borát!”  The Pole and the Hungarian, two good friends, they fight together and drink wine together!

For many years the Hungarians have topped suicide statistics and therefore a cemetery ought to provide an ideal place for our encounter. And since there are only two tried and tested and effective, albeit controversial, methods of bringing up children, i.e. threats and bribes, my mother, with her paltry salary, had to opt for the cheaper alternative. Stopping in a crypt in Cracow’s Wawel Castle, she pointed to some coffins of children saying: You see, my son, they didn’t get a chance to study and they’re no longer alive. Whereas you have the chance to study and you don’t want to. At that moment we heard loud singing and followed the sound. A song was being performed in an incomprehensible language and the plaque with information about the man who had died of unnatural causes told me that the singing was addressed to the sarcophagus of Stefan Bathory. And I thought to myself: what interesting people these Hungarians are. The song they sang at the coffin sounded jolly and lively.

A few months after my Wawel encounter some boys on my local estate started playing with cubes. Soon not just my little town, but all of my Voivodeship, my country, indeed all of Europe was crazy about the bűvös kocka, the magic cube we used to call Rubik’s cube. The toy’s appeal increased even further when I discovered that its creator, Ernő Rubik, could potentially have been one of the Wawel crypt singers.

And last but not least, one more important thing. Right now I’m bald but I used to sport a shock of curly brown hair. Evidence is available in the form of extant friends’ testimony as well as black-and-white photographs. A miracle happened at the turn of the 1970s and 1980s and this miracle, just like Bathory and the cube, hailed from Hungary. A certain pharmacist or charlatan invented a hair growth tonic. The tonic was rumoured to have restored full hair cover to thousands of Hungarian baldies. I had an idea: not only could I transform masses of baldies into Adonises with bounteous hair by means of this invention but I could also make money. I would grow rich, obtain a licence and open a workshop for manufacturing Rubik’s cubes, and eventually learn Hungarian. My mother and I travelled to the Hungarian city of Győr with the Orbis travel agency, and bought up the entire hajszesz stock in town. However, on our return we discovered that some daredevil from Wroclaw had got in ahead of us and supplied the baldies of Silesia with such quantities of the tonic he had to take refuge in the Mazowsze region. My mother still has dozens of bottles of the hair loss tonic in her cellar. I don’t know what you’re planning for March 23 but I will take my Rubik cube out of the box, dust it off with my wig and drink a bottle of Tokaj.