The Death of a Hockey Player vs that of a Postwoman 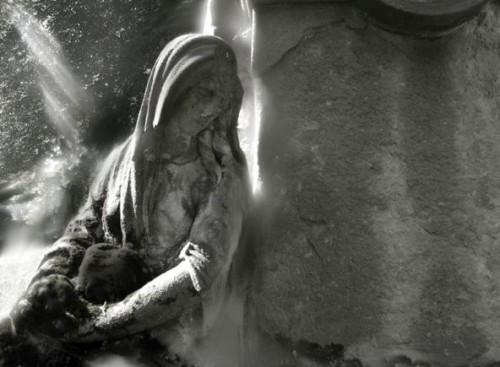 What a brouhaha! It took a hockey team tragedy for [Russian] parliamentarians’ big bellies to heave with emotion and to haul transport minister Levitin over the coals. I’ve never seen MPs shed so many tears. Not even last April’s crash near Smolensk, of the TU-154 aircraft carrying the entire Polish leadership including President Lech Kaczynski, brought tears to the eyes of so many grown men. By then I had already started wondering whether the scale of a disaster could be measured by the number of VIP casualties.

The sight of a plane crashing with young, famous sportsmen on board is visually more horrific than that of an Airbus A-330 carrying 288 ordinary people. Nevertheless, all of them, regardless of social status, leave behind a crowd of weeping widows, widowers and orphans. Watching the pictures of nice young men I’m also moved to tears but it also makes me search my heart and wonder if I would be just as moved if it had been postwomen instead.

Old cynic that I am, I have to confess that I have been expecting something akin to the YAK-42 disaster. In the course of nearly eleven years spent in Russia, clocking up more kilometres in former Soviet airspace than I would have liked, I had often been grateful for the miracle that kept Russian planes up in the air for as long as was necessary. The aircraft that carried us from the Tajik capital Dushanbe to the city of Khorog, high in the Panjshir Mountains, must have had memories of the last Tsar. A woman sitting at the back was travelling with a goat that was so terrified its udders shrank. As we were approaching the runway situated between steep rocky slopes a smiling dark-eyed stewardess staggered up to me pointing her finger at the ravine below, strewn with piles of wreckage of our predecessors who had missed the runway that begins on the edge of the plateau. The stewardess advised us not to put on safety belts. They might have hampered evacuation in case the plane caught fire.

In 1993 there were no flights out of the Russian city of Adler, below the resort of Sochi. A war was raging in neighbouring Abkhazia. A bribe did the trick. While I was sitting in a local bar, steadying my nerves for the next leg of our journey, my colleague [Czech war correspondent Jaromir] Štětina managed to get hold of a pilot at the airport overflowing with war refugees. The man had apparently spent quite a long time in the same bar as me. For a few dollars he agreed to fly us – two Czech journalists and two fat Georgian businessmen – to Batumi. If one could jump out of a taxiing plane, I would have done so.

It turned out that the aircraft might not have been intended for carrying people. The cabin was full of bags stacked up to the ceiling. The pilot was swaying slightly, I guess on account of the high alcohol content in his blood. The fat Georgians came on board carrying a bottle of brandy each. After the first attempt at take-off failed, the pilot asked the Georgians to sit with him at the front. As they scrambled over the bags we could hear the sound of children crying. Humanitarian aid, the pilot scowled. Dolls. Some apparently still had working batteries in them. Our rear was too heavy, which was why we apparently had trouble taking off. He succeeded at the third attempt. To ingratiate himself with us he kept flying his frail machine as low above the frontline as possible and was surprised to see me throw up instead of shooting air footage.

The Russian pilots have the reputation of being among the best in the world since they have to drive machines in advanced state of (the plane’s) disintegration, while sometimes themselves being in a state in which you and I wouldn’t dare to sit behind the wheel of a dodgem. They’re often mortally tired since the rules on compulsory breaks between flights are not observed. The state of Russian aviation just isn’t any different – and why should it be? – from that in any other area. On the one hand you have brilliant scholars, constructors and engineers, astonishing inventions and brains worthy of the Nobel prize. On the other, you have negligence, vodka, megalomania, thieving and bombast.

All Russians are fatalists to some degree. However, in contrast to some more orderly nations, they are fun to be with. They are extremely generous. They are incredibly hospitable, warm and entertaining. They can take risk, rise above things, they know how to produce a space rocket but they couldn’t care less about the right angle. And sometimes they have to pay for it. That is why they have a special ministry for their disasters. It’s called the Ministry for Emergency Situations and it’s headed by the most capable member of the government, Sergei Shoigu. He’s supposed to be the fellow with the greatest workload in a country that would rather rely on a lucky chance than on prevention, caution and technical perfection.

People say their recent past is partly to blame. In the Soviet days we learned that the state is responsible for everything, says Sergei Tiunov, director of outpatient psychological care at the Moscow Centre for Psychological Citizen Support. He explains that focusing on one’s own life is a reflection of the Russian detached view – things will work out one way or another. With a bit of luck the house won’t collapse on us even though there’s sand in the foundations instead of cement. With a bit of luck the boat won’t sink even though it’s got some holes in it. And the plane? Come on, an entire wing has been left unscathed! Special police units have killed our children with poisonous gas? That’s shocking but surely they didn’t mean to. And funnily enough, the same good old brands will almost certainly be again rewarded in the forthcoming elections. With enormous salaries and privileges they will have to take on a huge burden of responsibility. Over the past three months alone 200 (!) people were killed in Russian traffic accidents. Their dependants are voters, too. This isn’t the best start to the pre-election campaign for those planning to govern the Russian people. Things would have been decidedly better for the politicians if it had been postwomen on board that plane.