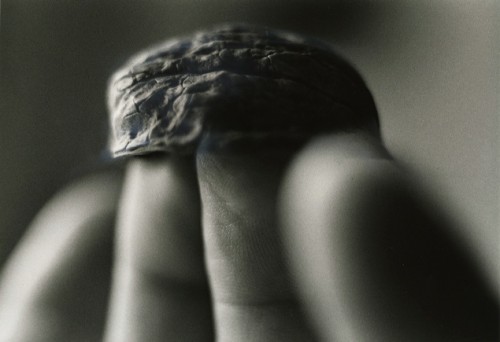 The Poles Deserve More. Chairman Kaczyński’s has come up with an intriguing election slogan. More of what, one might ask? More flats? Roads? Churches? Holidays? No, Chairman Kaczyński was quick to clarify it wasn’t material goods he had in mind (he had promised plenty of those before) but rather values, i.e. something that can be promised endlessly. So what specific values does he have in mind? In the Chairman’s view the Poles deserve more “honesty and truth”.

I understand that it is possible to wish there were more honest and truthful people in society. But what impact can the Law and Justice Party (PiS) possibly have on this? Honesty and veracity are acquired through upbringing but since PiS defends the sanctity of the family, the state, let alone the ruling party, cannot interfere with upbringing. Perhaps what the Chairman and his intellectual headquarters have in mind are values in and of themselves? In that case, the philosophical question arises as to whether these values are quantifiable. In other words whether it is possible to increase or decrease their intensity in order to supply them to the Poles in greater quantity or quality. Because the Poles deserve more.

Honesty, according to Hobbes as well as Tatarkiewicz, is a small and cold virtue. It depends on obeying certain basic rules of social life. What rules are these? The Ten Commandments, some will say. Not necessarily. For while some of the key norms contained in the Commandments require faith in only one God, people who believe in several Gods or in no God whatsoever can also be honest.

The theory – which every child ought to but doesn’t learn at school, since we have no ethics classes in school and a PiS government is unlikely to introduce these either – defines ethics as respecting certain basic principles in social life, such as do not steal, do not inflict injustice, be truthful, if you make a promise, keep it, if you find something that’s not yours, return it. These principles form the basis of social trust, without which no community (not just a Catholic one) can exist. This is honesty and nothing more. You cannot multiply it.

What you can multiply are honest people. The question is, how? If Kaczyński knew how to do that, it might be worth voting for him. However, it seems that Kaczyński has quite a different understanding of honesty, or he doesn’t understand the concept at all. Or perhaps he equates it with support for PiS? The more people support us, the more honesty there will be, the Chairman seems to suggest. I, for my part, doubt the veracity of this sentence. After all, veracity is also a good the Poles deserve. In fact, they deserve much more.

As far as I’m aware, and as is generally known, truth is an attribute of the sentence. A sentence can be truthful or untruthful. Veracity is confirmed by means of verification. In this sense there are no more or less truthful sentences. Truth is like a fish: it can only be completely fresh, its freshness being unique and, at the same time, ultimate. Sure, there are sentences whose veracity can be assessed with a certain amount of probability, but it’s unlikely that the Chairman was interested in assessing probabilities.

For example, the Chairman would never accept the claim that our knowledge of the Smolensk tragedy is, to a certain extent, probable, and that we are never likely to learn the full truth. For the Chairman knows what Truth is, and it certainly doesn’t consist in assessing probability. In fact, the Chairman doesn’t really think the Poles deserve a truth that bows to the standards of logic. He has his own Truth.

It seems, therefore, that the slogan The Poles Deserve Better should actually be read as follows: “If PiS wins, the Poles will finally get what they deserve.”  And that has precious little to do with truth.