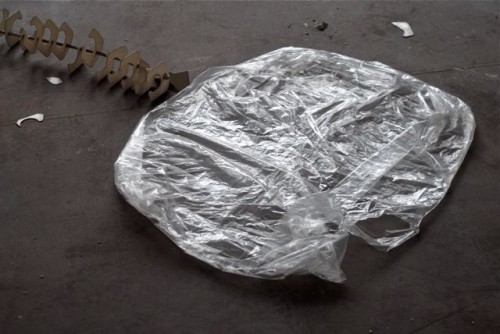 It is a great honor for Hungary that you will represent the United States on the occasion of the opening of the Tom Lantos Institute in Budapest.

For us, members of the erstwhile democratic opposition to the one-party communist regime, this is an occasion of utmost importance. Tom Lantos gave his whole-hearted support to the cause of freedom at a time when Hungary was still a dictatorship. We all held Representative Lantos in great esteem; many of us maintained bonds of friendship with him until his death.

Regretfully, however, Hungary is rapidly moving away from the standards upheld by Tom Lantos. While it is only to be commended that the Tom Lantos Institute was established with the consensus of the Hungarian government and the democratic parties, today our government refuses to seek accord concerning any issue crucial to democracy.

In the past one year, the rule of law has been seriously damaged in our country. The Prime Minister, overwhelmingly elected in 2010 with a promise to strengthen civic liberties, is today openly distancing himself from the ideals of Western democracies, calling them obsolete. His ruling coalition systematically demolishes the constitutional guarantees of separation of powers, removing all checks and balances that restrain the executive.

An autocratic system is in the making in Hungary.

The first victim of these restrictions was freedom of the press. An omnipotent authority was created, composed solely of governing-party delegates, empowered to supervise not only broadcasting, but also the print and online media. The public-service media were re-nationalized, and obliged to only use news provided by the state press agency. This one-party authority arbitrarily imposes massive fines, and can deny to media outlets the renewal of their licenses. This in turn has already triggered media self-censorship.

Neither was the Constitutional Court, the most potent safeguard of the rule of law during the past twenty years, able to avoid this fate. First, its scope of competence was curtailed, and now the Court is being expanded, with five new justices appointed by the ruling parties.

Despite appeals to find common denominators, the ruling parties drew up a new constitution on their own, cold-shouldering the opposition. The constitution has recently been met with fierce criticism by the Council of Europe’s legal commission, both for curtailing fundamental rights and for arbitrarily requiring a supermajority for future revisions of the present government’s economic policies.

In a similar vein, the ruling parties are intent on modifying the election law, a cornerstone of democracy, while disregarding the opinion of the opposition parties.

The independence of the judiciary is under grave assault as well. Despite judges having proven their integrity for the past twenty years, they are now being forced into retirement en masse; the National Council of Justice, the safeguard of the courts’ autonomy, has been deprived of its constitutional protection; the process of appointing judges will heretofore be defined by the governing parties.

All independent public services are now being headed by functionaries loyal to the ruling party. It has become standard practice to strip citizens of their civil rights, mostly by passing retroactive laws.

Let us cite just two developments of the past week. Private entrepreneurs have been obliged to raise wages through a government decree. Habeas Corpus will be virtually repealed through a draft law soon to be passed by Parliament: the length of detention without judicial oversight would be raised from 72 to 120 hours, and the right of detainees to consult a lawyer would be denied during the first 48 hours of detention.

The historic visit of President George Bush in 1989 helped us Hungarians to establish democracy in our country. Your visit may help us to prevent its demolition today.

We are certain that you will speak up for Hungary’s once again endangered freedom.

Miklós Haraszti, former OSCE Representative on Freedom of the Media