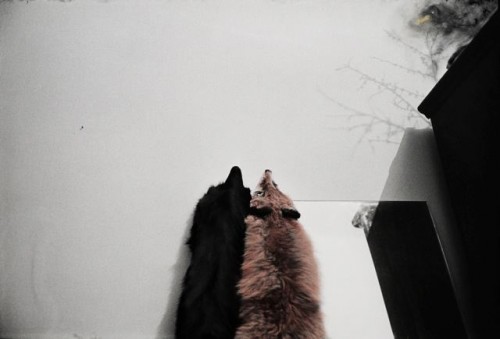 Recent publicity given to the case of a beaver attacking an angler, who wanted to take its picture and later died from his injuries, strengthened my conviction that people have lost whatever was left of their instinct for self-preservation and have become totally divorced from nature. I don’t know what the unfortunate late angler expected. Maybe he thought the beaver would smile nicely and pose for a picture for him to later post on Facebook.

Over a year ago a video that went viral showed a tragedy that occurred at a safari. A tourist climbed out of the car into a pride of lions to snap some great pictures. The predators did not show great understanding for his hobby and tore the tourist to pieces while his family watched from the car.

In Slovakia a female bear attacked two young men who approached her young and, instead of beating it as fast as they could, started to yell at them and record them on their mobiles. Have people gone completely round the bend? It’s as if we’ve lost the last vestiges of our respect for nature and are treating the wilderness as an enormous Disneyland where we can do whatever we like.

I don’t know if beavers have such a thing as archetypal memory and remember that we used to kill them for their fur, but I know for certain that the beaver in question regarded the angler as an intruder on his territory and duly made him feel it. I think the fact that the animal happened to sink its teeth (capable of felling a tree trunk 70 centimetres in diameter) into the man’s artery was a coincidence and the angler’s bad luck. Personally, I have a lot of respect for animals. I wouldn’t dream of harassing beavers with a camera. I’m just a visitor in the forest and, as far as possible, try not to disturb our hosts, i.e. the wild animals. I realize that we’ve been encroaching on their territory and believe that conflicts between the animals and us are inevitable.

We live in overcrowded cities and our only contact with nature is sitting in our living rooms gaping at National Geographics, popcorn and beer in hand. We ignore the laws of nature, justifying it by economic profit. We behave as if our blue planet were a limited company – when it goes bankrupt, we’ll set up another and make a fresh start. We ought to pay much more attention to nature.

But instead the Minister of Education has announced more maths lessons in schools, reminding me of the businessman in the Little Prince who counted stars. I hope we won’t meet the same end as he did. And that our school curricula will provide our children with opportunities to understand causal connections. For example, that the more we damage our forests the more flash floods we can expect; that if we use pesticides we will destroy our drinking water and our own health, and that wild animals don’t roam the forest just so that hunters have something to shoot at. I also hope the curricula will include a short chapter on the beaver, an animal that, as of 1900, still lived in Bratislava. Later we brought it to the verge of extinction because we just had to own more and more furs and keep counting them.

But then again, who knows: maybe the beavers do remember. And they have finally begun to rise in rebellion.

The essay appeared in the daily Pravda.