Europe and the Nation-States 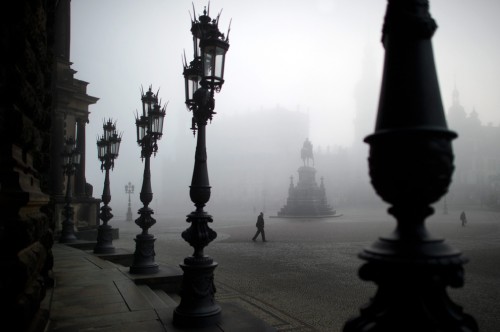 Can we say that the European Union is gradually turning, by fits and starts, into a new kind of community of nations? Is there a many-headed, thinking being by that name seeking its own portrait, its own determining values? I think so. Nowadays we are all learning a new version of ourselves, discovering what it means to be citizens not only of our own countries but of the EU at the same time. What is novel about our new situation, compared to how we have seen ourselves in the past? Is it the acknowledged plurality of identities? The European Union can only exist if built on not mere interests, but on chosen values and a community of enduring sympathies. The question is this: what is of supreme importance to us? What are the historical and intellectual achievements that we all agree to be axiomatic? The European Union can only exist if it is built on not mere interests, but on a community of chosen interests and lasting sympathies. We choose ourselves, invent ourselves, even create ourselves; world history is a competition of self-determinations pitted against one another in debate. Association brings an increase in variety and mutability; European integration contributes to a growth in the number of important players in the culture. Expansion of common ground means greater distinction between smaller sub-groups, competition among standouts, and a cavalcade of individuals and groups in a struggle to outdo each other.

Why is there need for European unification? To prevent us Europeans, split into nations and their alliances, from continuing a millennium-old tradition of bloody conflict. To keep any European state from entering into war with the others, since confederation compels them all to self-restraint. To let us come and go undisturbed, and let us work, enjoying equality of rights throughout the Union as its citizens.

The Need to Monitor Nation-States

It was my own country, for the most part, that offered me unpleasant experiences in the form of national-socialist and communist extremisms. It is true of course that something along these lines was expected of it, first by the German leadership, then the Soviet one, yet even so the local administration showed great independence in the exercise of its unpleasantness. The menu of causes in whose name we can be oppressed is a short one: either the nation, the international working class, or some religion or other. Perhaps the stream of thoughts that traverse Europe might stir one country into madness here and there, but not twenty-seven.

My fundamentally anti-political views counsel an ironical vigilance, so naturally I am pleased by the constitutional restrictions that Europe places on the sovereignty of nation-states, and also by independence of city and town governments within the framework of a state. Power needs to be watched from inside and out.

The EU means, to my mind, greater security and freedom, a more distant horizon, and an increased breadth of experience. Within it, we will be less at the mercy of local biases, and move more freely in the international job market. Neither information nor capital will be stopped at our borders by political obstacles.

There are many national politicians but few truly European ones. For the most part, heads of state and governments at the European round table are playing to their own voters at home, as that is what counts for them. They require stamina to represent the national goals demanded by populists at home, amid escalating debate, drawing freely on pan-European phraseology - which is all only partly morally objectionable. They do not quite do what they promise. This is how most of them operate, couching domestic political motives as foreign policy and greater European interests. Still there are now thinking citizens of Europe who, amid the jostle of needs and arguments, work for a practical compromise that approaches fair-mindedness.

Shock Troops in the Battle for Redistribution

Behind their proud façade of national sovereignty, states under Hitler and Stalin did as they wished with their inhabitants. I would be happy to see our European integration curtailing the power of the national political classes, both from above and below, and have no wish to see the history of my homeland classified by a string of individual names. As I see it, it is desirable to restrict the power of the national political class, because my trust in it is limited.

You have to keep a close eye on politicians: they like to be alone at the top, and their jobs carry the temptation to get as much influence and power as they can. This is not a moral question but a practical one, one that no moralizing, no matter how democratic, can obscure.

There are populisms of the Right and of the Left. Both are inclined toward statism and a division of Europe into coalitions, alliances, and axes. The political class has an interest in European integration as well – but only to a degree. Identifying its own power with questions of crucial national interest, it is displeased when foreigners meddle in its affairs. Within the Union, leaders tend to be reliable specialists rather than charismatic leaders. The specialists are not so visible on television. The focus of expectation or rejection is generally someone else.

I am only slightly interested in the recurring question of the intimate life of nation-states - mainly who finagled private wealth out of state capital, and how. My impression is that, in the post-communist countries, both the Left and the Right are yet undeveloped in the morality and practice of self-restraint. In a purely structural light I view the national political classes as societal groups with their own interests, as redistributive bureaucracies that carry on a perpetual debate over the goals, purpose, degree and nature of central redistribution. Where to take from, and what to spend it on? Their decisions turn to the advantage of some groups and the disadvantage of others, justified by one ideology or another.

Whether Left or Right, States are Ever More Costly

Bureaucracies have no stake in diminishing bureaucracy, but even if they found this desirable, their efforts would not meet with success. Leading officeholders power is measured by how many work under them. They have no opposition to growth in their departments or their organizational unity. In Hungary for example, every change of régime or administration to date has brought with it a substantial increase in the number of public officials. If the political polarization at the time happens to be particularly marked (and it tends to be passionate in domestic politics after a change of régime), the new boss only really trusts people he himself has elevated to office.

The sarcastic mind is inclined to see this trend toward increase as entirely independent of whatever the ruling party says. Be it Left or Right, taxpayers are required to support growing numbers of representatives of states that are increasingly expensive. It is almost as if the European Union existed primarily for the benefit of politicians. Well, at least they have something to keep themselves busy, so they will be less inclined to throw their weight around and quarrel at home. They will not inflate their egos in a grotesque, forced exaggeration of the national power they possess. Lest we forget, vanity knows no bounds: it is only a matter of degree that separates the village council chair from divine Caesar. In a revolutionary atmosphere, leaders who come suddenly to power are more easily blinded, and susceptible to all manner of megalomaniacal madness. Fortunately for them, the EU gives national politicians a further career to pursue, and might even broaden their sphere of influence. I daresay membership in the EU will mean greater transparency, which will mean that politics, too, will become more civilian in nature, more professional in style, and our societies more adult, more mature. But my optimism is not so boundless as to lead me to expect from the European Union any substantial improvements for the situation of the creative intelligentsia. While there will be support for all sorts of things, still, if I understand the numbers correctly, cultural subsidies will draw on less than one one-thousandth of the Union budget.

To the question of what holds Europe together, I answer without hesitation that it is her symbolic culture, the arts, writing, and specifically Europe’s religious and secular literature – all of which predate the economic and political unification of Europe by centuries, or even millennia.

In political life, it is a cause for celebration if those in power manage to establish lasting dialogue with the thinking public. It is crucial that the intelligentsia have an adequate role to play within the European Union. There must be positions created from which, by law, no roads lead to government power, and that possess some real authority, as counterbalance to normal channels. We need scholars and artists to engage in round-table deliberations and formulate positions that interest the general public. (Indeed, such professional and ethical committees are already becoming an ever-more common part of political life.) There must be points of view whose significance is determined not by the numbers of those who espouse them, but by their intellectual and moral value. An advisor is not a career politician, nor does he wish to be one, but he takes an interest in public affairs and has an opinion about them. He comes to his post not through election or appointment, but by invitation. The professional speaks only to his constituency and is bound by party ties, hence necessarily committed. But the roundtable of invited guests is uncommitted and free. The infrastructure of such a body would cost incomparably less than the European Parliament with its twenty-five official languages. Give these invited guests a substantive role on the stage of European deliberation, side by side with elected and appointed officials, so the public can more closely follow the dialogue between politicians and the intellectuals who are independent of them.

Translated from the Hungarian by Jim Tucker.