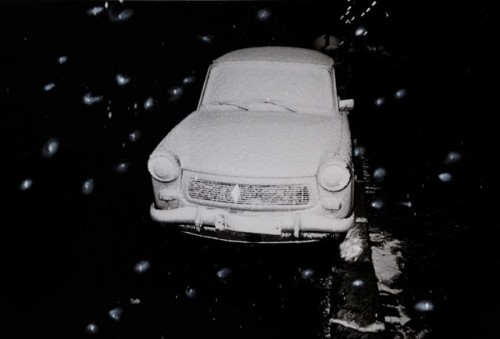 This book, mercilessly critical of contemporary Russia, has been written by someone who knows the country well – indeed thoroughly. It is a daring book that spares neither those in power nor the people. It doesn’t spare the Russian intelligentsia either. It is a book that speaks of the degradation of the country and the state. I read it with growing amazement. It is written passionately, in the spirit of the famous 19th century Russian writer Mikhail Saltykov-Shchedrin’s The History of a Town, a sharply satirical novel published in 1870 that presented a scathing portrait of Russia.

So what is this new book? The most controversial and unexpected bestseller of the current publishing season is a novel entitled Mashinka and Velik. It is the second novel by the author of Almost Zero, a book that has made it into print in Germany. The author of both books is Natan Dubovitsky. Most Russian journalists and literary critics agree that this name is a nom de plume, concealing one of Russia’s top officials, the ideological mastermind behind Putin’s regime and currently Russia’s Deputy Prime Minister, 48-year-old Vladislav Surkov – the trendy and smart foe of our liberal opposition.

In his day, Saltykov-Shchedrin also held a government position (albeit a less important one): first as Vice-Governor of Tver and later of Ryazan province; he also had first-hand knowledge of the monumental scale of corruption and lawlessness in the ranks of local officials. After his book was condemned for mocking the Russian people, Ivan Turgenev defended it ferociously. Surkov, too, might be accused of every kind of mortal sin but the key question is: what made him write the novel? Why is he burning his bridges and cutting his own throat? What purpose does it serve? Our liberal critics, incapable of answering this question, have accused the author of being a provocateur.

Incidentally, Surkov himself has adamantly denied all rumours of his authorship, further infuriating his liberal critics, to the extent that some of them have vengefully taken his word for it, declaring Natan Dubovitsky’s novels the feeble product of literary slaves or the result of a collective effort, by Surkov in collaboration with other writers, listing me as a putative suspect. Let me assure you: I have not written these novels, although I do acknowledge their great literary quality.

In my modest opinion, Surkov is indeed the author of these novels but that’s beside the point. Paradoxically, their author is a free, ironic observer who views Russia from “above”, from the lofty heights of the Kremlin. It is hard to guess what may have motivated the casually camouflaged author, unless he belongs to the category of political schizophrenics or suicides. To me, however, these novels are a cry for help from an author who has lost patience, has instead acquired a conscience, and is now sending an S.O.S. signal: save our souls!

The real point is that present-day Russia has become increasingly mired in hatred. She no longer cares about liberals and bigots, the rich and the poor howling mutual recriminations, she does not worry about the question posed by 19th century Russian democrats and revolutionaries: Alexander Herzen’ s “Who is to blame?” and Nikolai Chernyshevsky’s “What is to be done?” Yet the deeper Russia stoops to hating, the more absurd and helpless she becomes. And her drowning in hatred is accompanied by the whistling and jeering of the fragmented Russian mind. Whistling and jeering was also our critics’ response to Mashinka and Velik (the title refers to the nicknames of two teenagers who are in love). This was quite predictable. Whereas Almost Zero, the first novel by Dubovitsky-Surkov, caused a stir, with everyone desperate to find out who its real author was, the second, hastily read novel, was basically torn to shreds. Obviously, having already discovered the author, or at least believing he had been discovered, all the critics were left with was their hatred of the ruling class.

As a matter of fact, regardless of whether these two novels are by Surkov or some faceless phantom wandering the Kremlin’s corridors, it is clear that they have been written “from above” and therefore represent a threat to our enlightened society. Why a threat? Because a high vantage point affords a sweeping view of the horizon but if we accept this point of view we might easily fall into the trap of seeing a deliberately distorted picture of this country. No one believes in the sincerity of a “writer from above”, just as no one believes there can be any writers “above”. Power in Russia is pernicious by definition, especially since part of it has ended up in the hands of an odious ideologue.

However, ruthless analysis of power aside, there is also dispassionate textual analysis. And in this respect what we have here is a powerful modern book. There is a clear difference between the debut, Almost Zero, and our author’s second novel (with its deliberately childish title). In the first book it is the people who are to blame for the wretched state of our country, just as in the work of Maksim Gorky, who blamed the peasants’ savagery for all the horrors of the Bolshevik revolution. Almost Zero provided a veiled justification of the authorities who, being stuck with these “spent” people, broken by the weight of History and their own mentality, had to firmly lead them in the transition from communism to capitalism. The novel made a strong point of this, painting a courageous and masterful portrait of the horrors and extremes of the transitional period. The author of Almost Zero also justified himself as an ideologue while, at the same time, depicting the disintegration of his subordinates.

As for the second book, you’d have to be blind not to notice the change. The author has crossed the line. His writing technique has undergone a considerable change: the realist has been replaced by an actual fictitious Natan Dubovitsky, a narrator separate from the author, writing in a Gogolian and Shchedrinesque “skaz” style.

The new approach to the question “Who is to blame?” is dictated by the book’s main subject matter: the horrendous situation of children in our country, held hostage by grown-up intellectual paedophiles. The storyline is triggered by the shocking order, issued by a district police captain to his loyal subordinate, to kill the teenage Velik – who is in love with the captain’s daughter – partly to annoy Velik’s father, a famous scholar-turned-alcoholic. However, the girl ends up dying alongside the boy. The issue of children has destroyed the author’s ideological construct. The author is literally thrown into confusion by the idea that a huge number of children in Russia live in a hell of poverty, are ignored or abused, disappear and are killed by maniacs. He is no longer trying to justify to the powers-that-be. In this novel the authorities and gangsters, sadists and alcoholics, ex-priests and professors, have all turned into a single national team, a vast dirty snarl rolling through the country. Children vanish without trace, people come alive only when stealing, the regime is rotten through and through and smells like a cadaver.

To comprehend such a fantastic picture of a nationwide disaster one has to be a fantastic writer in every sense of the word, and to my mind the author matures in front of our very eyes: the narrative quality increases and instead of Almost Zero temperatures we have infernal fire. The angry unmasker, applying the techniques of the grotesque and theatre of the absurd, howls in despair.

Is the author a master of political harakiri? And if this is a trap, what is its purpose? Nevertheless, a conclusion is at hand: the novel does not offer a social and political solution to the problem. It does not offer an unambiguous way out of the situation Russia has found itself in. The author chooses not to answer the question “What is to be done?” The text offers only some vaguely Christian wishful thinking: “Do good deeds, come what may!”

At this point two other forces creep into the novel, metaphysics and a lyrical hero, the author’s lookalike. Only a miracle can resurrect the slain children! The police are not up to it, since it is the police that have committed the murders! So the only options are pulling out the dagger of political opposition, getting out of Russia or giving up on politics. What else is there? Turning inwards, into existential metaphysics, into the applied science of the meaning of human life?

Here, too, the author is merciless. Russia does not deserve an Orthodox renaissance, only a caricature of metaphysics. A saviour and deus-ex-machina appears in the shape of a Captain Arctic. He is our new metaphysical helmsman. Nevertheless, in spite of all his spitting of fire and ice, he too turns into a parody of a miracle. This is not just a verdict passed on the powers-that-be and the people but also on the state of our Russian soul.

Captain Arctic, endowed with a mystical ability to resurrect people from time to time, has to make the difficult choice between saving the two children or the crew of the infamous Kursk nuclear submarine. In a tragic and picturesque scene the reader sees the Kursk again sink under water. The children are saved. But what future awaits them? Natan Dubovitsky, who personally appears in the novel under this name, in a rather unflattering light (he is apparently involved in some offshore financial fraud) is willing to submit any grown-up hero to a test of villainy, with the result that even the best of the best, Velik’s father, the alcoholic mathematician Dublin, is revealed as a maniac.

At this point the author has to distance himself from the text. He has to come up with something romantic and unique: and lo and behold! the ideal detective appears. She is a beautiful and smart woman who uncovers crimes associated with Russia itself. It seems that he author could no longer stand his own literary darkness and has depicted himself in female attire. But the narrative resists a positive heroine, turning her character into a cartoon figure.

Well then, the only answers to the question “What is to be done?” are the metaphysical ones linked to the character of Captain Arctic. And the answer to the question “Who is to blame?” is: Who isn’t?  This is a question coming from above. All right, perhaps not from the very top of the Kremlin but from somewhere in its vicinity. The integrity of the narrative is undermined, as is the integrity of the idea of the state. We have reached the limit. But those in power will not give it up voluntarily. And everyone will continue hating everyone else. Russia will drown in hatred. The novel turns suicidal.