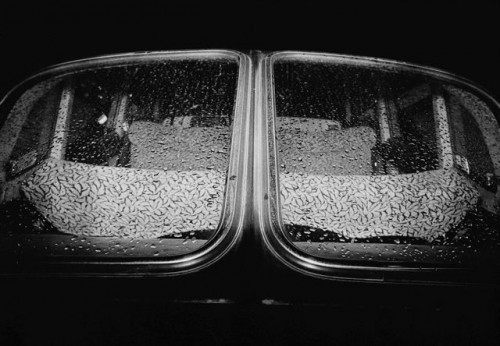 While the Senate elections have somewhat dampened the fears that the Communist Party is on the rise, we must nevertheless come to terms with the fact that the time when they will be in government is fast approaching. The problem with the Communists isn’t so much the threat they pose to democracy (provided, of course, they don’t garner an overwhelming majority of seats) but rather the fact that they arouse a profound sense of shame and shatter our normal trust in the rational world. The shock of being in the immediate presence of evil – which is how the communists are, quite justifiably, perceived – plunges society into a state of depression, which is not easy to live with. Believe me, I know what I’m talking about: I went through this in Slovakia under Vladimír Mečiar and other nationalists, mostly people who were rather scary – just like the Czech communists – mainly because it took quite some time to discover if there were any limits to their pathological behaviour. The worst thing about this experience wasn’t the actual nature of the idiotic regime but rather realizing that one shared one’s country with large numbers of people who were happy with a regime of this kind. This knowledge is paralyzing, because you can’t be sure whether society’s instinct for self-preservation will prove sufficient.

The Poles went through a similar dramatic experience seven years ago under the Kaczyński brothers and the Hungarians are now experiencing it under Viktor Orbán. Admittedly, Mečiar (as well as Slota and other Slovak populists), the Kaczyńskis, Orbán, and Czech communists have little in common, but once you take off your political spectacles you will notice a common trait: something I would define as an aversion to life, and – since this is an personal blog – I would go as far as to call necrophilia.

Since 1989 our Central European nations have been through many ups and downs, every one of them having experienced the arrival of destructive forces brought to power by a frustrated part of society determined to rid itself of a sense of humiliation, at the cost of destroying democracy if need be.

The Czechs are the only ones who have so far avoided this experience, having sailed through the past twenty years without a dramatic collision with this destructive force. Although this force has always been here, taking on ever more colourful guises (horrible as it may sound, when it comes to destructive tendencies, I personally don’t see much difference between [President] Václav Klaus and [leader of the Czech communists] Vojtěch Filip), Czech society has so far mostly displayed an overwhelmingly positive attitude to life. This period seems to be coming to an end.

Nevertheless, should the communists ever gain positions in the Czech government, it will be a trauma that will give Czech society another chance to figure out what is really important. Looking at the Poles and the Slovaks it seems to me that they have in fact benefited from a similar experience with a destructive force.

The article first appeared on the Respekt.cz blog.