The End of the Fairy Tale 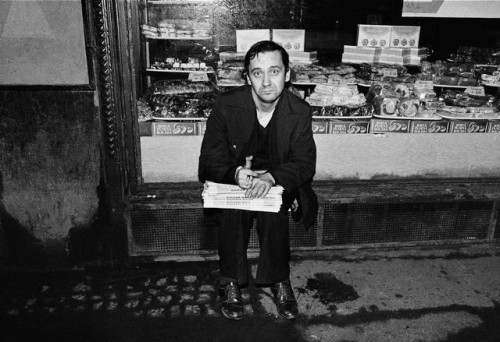 At a ceremony in Dunaföldvár, a small town in the middle of the Hungarian puszta, a hundred and thirty new members of the extremist New Hungarian Guard were recently inducted. On the same day hundreds of supporters of the original Hungarian Guard, a militant informal branch of Jobbik, currently the third strongest party in parliament, met in Budapest. The original Hungarian Guard was banned in 2009 by the courts only to re-emerge under a new name. Its members wear black uniforms and carry striped banners reminiscent of the fascist Arrow Cross, the militia responsible for the deaths of thousands of Hungarian Jews in World War II. A few hours before the rally the government issued a statement condemning the Hungarian Guard’s ideas as well as those who promote hatred and violence. On the same day hundreds of policemen flooded the small village of Csókakő, in response to the patently false information that the New Hungarian Guard ceremony was to be held there.

All this might seem like a bad joke if the situation weren’t so serious. Only last month members of the Guard and other extremist organisations marched into the towns of Devecser and Cegléd, ostensibly to prevent alleged clashes between local inhabitants and the Roma. Although the police arrived in time, the event put another feather in the Guard’s cap.

Nowadays anti-Semitism and xenophobia have become quite domesticated in Hungary even though the numbers of really active participants of extremist rallies are still only in three figures and opinion polls suggest that Jobbik has failed to attract substantial numbers of undecided Hungarian voters. The party has been further weakened by internal rifts. One of the Guard’s founders, currently representing Jobbik in the European Parliament, admitted to being partly of Jewish descent following a heated debate on extremist websites relating to his family background. As a result, thirty-year-old Csanád Szegedi, whose grandmother was an Auschwitz survivor, has resigned from Jobbik but refused to give up his seat. Soon afterwards the notorious ultranationalist visited a rabbi.

Nevertheless, in order to cosy up to Jobbik’s electorate, the ruling Fidesz under Prime Minister Viktor Orbán keeps flirting with it, exploiting the extremist mood in the country, albeit in limited doses. One day it participates in joint actions with Jobbik, the next day it attacks ultra-right wing groupings. Mostly, however, it seeks to spar with the European Union verbally and to fight multinational financial institutions, in order to play up to the mood of the extreme Right.

However, these tactics may prove ineffective as the nationalist electorate thinks differently. Their anxiety derives, to a large extent, from material problems, says head of the liberal Republikon Institute, Csaba Tóth. Admittedly, they like order and dislike the Roma but they are mostly concerned about their own livelihoods and, as opinion polls and in-depth studies show, many of these voters vacillate between Jobbik and the socialists. Fidesz may play the nationalist card as much as it likes but it won’t be able to attract these voters.

Although Fidesz’s ratings have declined sharply in recent weeks, the problem is that the opposition is fragmented and weak, and suffers from loss of voter confidence. No opposition party has so far shown any sign of posing a serious challenge to Orbán’s government. Meanwhile, Prime Minister Orbán does his utmost to make sure things stay that way: for example, by floating the idea that individual voters might have to register at least two months before every election, otherwise they will be barred from taking part. The details of his proposal are not yet known but there is concern, even within Fidesz, that it may prove difficult to apply in practice.

Supporters of this idea claim their main goal is to ensure that Hungarians living abroad can vote but the real aim is probably quite different: to exclude a vast number of undecided voters, currently comprising some three million out of the total electorate of eight million. This scenario would give Fidesz a great advantage over other parties because its core electorate is highly disciplined.

Nevertheless, opinion polls show that 70 per cent of Hungarians oppose this idea and leaked documents from the Ministry of Justice suggest that even within the institution itself doubts exist about the legality of this approach. It might actually rebound on Fidesz just ahead of the election, warns Csaba Tóth, if, for example, it turned out that less than half of those entitled to vote have registered. People might accuse Fidesz of restricting the right to vote and this might give rise to the impression that Fidesz is afraid of the people, adds Tóth. A decision as to whether Orbán’s idea will be implemented will be taken in September but given his authority it would be surprising if it didn’t pass in some form.

The fact is that Hungarian voters are frustrated and many are in despair. Over the past two years Fidesz has lost a significant part of the support that gave it a two-thirds majority in parliament, and opinion polls show a great appetite for a change of government. However, there is a lack of any alternative. The extremist Jobbik certainly doesn’t provide one, and neither does the Left or the Green Party. Civic society, too, is very weak. However, Fidesz’s tireless activity has borne fruit: in spite of its declining popularity its grip on society is beyond doubt because, thanks to the growing centralisation of the country, an ever greater number of people is materially dependent on the Fidesz-led government. Schools, hospitals, key media and the justice sector have been subjected to a tightening of state control. Only a credible political alternative could change this state of affairs.

At the same time, the economic case for a change of government is getting stronger. Hungary trails the region in terms of GDP growth and is now technically speaking in recession. The 16 per cent flat-rate tax, — the magic tool by which Orbán hoped to kick-start the economy — has helped the more affluent and harmed the poor majority. Foreign investors are more and more hesitant, put off by the uncertain political and legal environment as well as special taxes levied on some sectors, for example, banking. Orbán’s promise to create a million jobs has remained a dead letter.

Meanwhile the government has nationalised private pension funds to meet EU budget standards. This has, however, failed to reassure Brussels and further conflict looms in the autumn, as the Hungarian government will find it very hard to meet its budget goals. Although credit negotiations have begun with the International Monetary Fund this will obviously be an uphill struggle. Back in June Economics Minister György Matolcsy told CNN the Hungarians would live to see their fairy tale within a year. For many, however, the fairy tale has already turned into a nightmare.