You Have Stolen Our Country, Give it Back to Us! 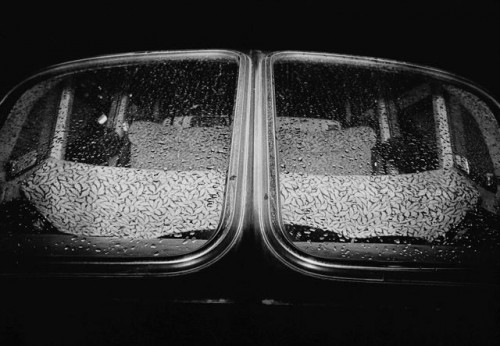 The following passage in an interview with a right-wing politician of many years standing conducted by [journalist] Jan Schneider recently caught my eye: …in the 1920s Chicago was ruled by the mob. But it wasn’t the police or the judiciary who sorted them out but a community-based organisation, the Chicago Crime Commission. They released the List of Public Enemies and started gathering information on everyone listed. At the top of the list was Al Capone, followed by his brother Ralph. It was the will of the citizens and their willingness to change things that helped solve the problem.

Not even fifty bags with golf sticks…

A year ago, when we established the non-profit Public Against Corruption, we didn’t delude ourselves for a second about the state Czech society was in. We were quite aware that it was corroded by the cancer of corruption and the embezzling of public funds. If you’re looking for the genuine heirs of communism in this country all you have to do is take a look at these dolled-up fellows, these products of the underhand money-changing Bolshevik mentality, raised on petty thieving under the motto “He who doesn’t steal from the state, steals from his family!” Not even fifty bags of golf clubs loaded into an SUV will disguise their spiritual kinship with the scum of society.

This spring we were shocked by the news that an MP and former mayor of the capital, Prague Pavel Bém, MD (formerly of the [right-of-centre] Civic Democratic party) had been the puppet of a hot-dog stall owner and motorway pirate called Janoušek. The next shock was the arrest of a regional council president and MP [and former Minister of Health, David] Rath, MD  (formerly of the Czech Social Democratic Party) who was caught red-handed with seven million crowns in cash in a wine crate. Ever since then taxpayers have been exposed to a live broadcast of an endless kaleidoscope of anecdotes from the life of the Czech underworld. We have learned that the police and the judiciary either haven’t done much about this or else have themselves been closely linked with Mafia groupings.

Every year our intelligence services supply the authorities with hundreds of documents that prove the connections between organized crime and politics, which they believe pose a fundamental threat to the democratic development of our country. Nobody has done anything about this for years. In spite of that citizens, taxpayers and the electorate have the moral right to know which politicians and court officials have been found by the intelligence agencies to be entangled in the Godfather-like webs of organized crime; whether elected officials have resisted the “mafianisation” of politics and the state; and if so, how. This is in the politicians’ own interest.

There was an uproar when some twenty leading non-profit organizations and movements set up a joint platform with the working title You Have Stolen Our Country, Give It Back To Us, now known as Give Back Our Country (www.vrattenamstat.cz). Clearly, our call for parliament to establish a citizens’ committee of enquiry to ensure no information was swept under the carpet hit a raw nerve. Since then the number of civic organisations has reached about forty and a growing number of political commentators and politicians across the whole political spectrum concede that such a committee is vital in order to renew the public’s faith in the rule of law.

Given the current economic and, indeed, moral crisis, it is the duty of politicians whose salaries we pay to seek out the very best people capable of working for the benefit of the country. Instead, what we have is a Bolshevist system of party cadres, shady characters who enjoy political support. Democracy in this country has been transformed into something that is shocking to behold. According to the intelligence services’ annual reports the bulk of the country’s wealth is siphoned off into the pockets of private individuals and foreign bank accounts or, sometimes, into secret party accounts via close connections between organized crime and the heads of state companies. It is a cobweb that is undoubtedly mutually profitable.

But how are the citizens affected by such behaviour on the part of politicians? As I have recently said in an interview: The current Czech political elites present a sorry sight. They are visibly bleary-eyed, puffy, battered and exhausted by fighting although, strangely enough, they are not fighting for a better quality of democracy and life for their citizens but to preserve the influence of their shady, unelected puppet masters. Regardless of whether we call them godfathers or rogues, it is shocking that in twenty years of building democracy our political life has dwindled into something that amounts to favouring and satisfying the financial interests of people who make no valuable contribution to society.

We can limit ourselves to looking only to those few politicians who can pluck up the courage to start fighting the structures that have decimated our economy over the past few years to the tune of hundreds of billions of crowns. They are the architects of our national debt. Moreover, we are beginning to turn into a despicable country, dangerous to its own citizens and hostile to society, and this will result in radicalisation and extremism.

The other option is for citizens to reverse this trend by shouldering greater responsibility for the state of our democracy than our blind, deaf, injudicious or corrupt political elites can muster. In a report published this year BIS, the Czech intelligence agency, claims that corruption has percolated from small municipalities right up to the highest political echelons. Criminal groupings have managed to completely eliminate every single person in local government who does not comply with their wishes. In other words, in this system those decent politicians we have elected stand no chance of effecting change.

The epitome of crudeness

And this is the outcome: the greed of the regional godfathers has turned our economy and politics into a stamping ground for Russia’s intelligence services. This is where the party, organized at our expense, must stop. You have become a threat to our sovereignty and our links with the West! If you can’t do anything about it, we – as citizens and the electorate – will do something about it. The time has come to declare zero tolerance. Political parties are starting to turn into a breeding ground for future prison inmates. Very much in the spirit of the Chicago fight against the mob we have to start pointing fingers publicly at the entanglement of politicians with crime bosses from the regional level right up to the highest echelons of politics. We have been taken hostage by people who do not love this country and who couldn’t give a damn about the future of our motherland and its citizens.

These are quintessentially “antisocial” people. They do not work, and have been systematically robbing all of us, our grandparents, ourselves, our children and their future. The litmus test of whether our politicians are willing to do something about the mafia-riddled system will be every individual MP’s position on the establishment of a committee of public enquiry. This is the last chance for a parliamentary solution. The philosopher Ladislav Klíma’s legendary 1928 rebuke is still the most adequate expression of the anger of Czech society and its disdain for this kind of “antisocial” behaviour:

“You have become unalloyed philistines, the epitome of crudeness and baseness, yet you have not admitted it and will not admit it! Drowning in a morass, you delude yourselves that you are riding on the backs of golden heavenly clouds, your muddied ears mistaking the squelching quagmire for celestial music and its stench for fragrant roses. You lack the basic precondition for self-improvement: the ability to contemplate your own evil. Anyone lacking this ability is the lowest kind of human being there is. The basest peasant, who has never considered himself anything special, let alone a genius, towers above you. Woe betide the baseness endowed with little spirit!”

This essay originally appeared in the Czech daily Hospodářské noviny.