Arrival of the Left 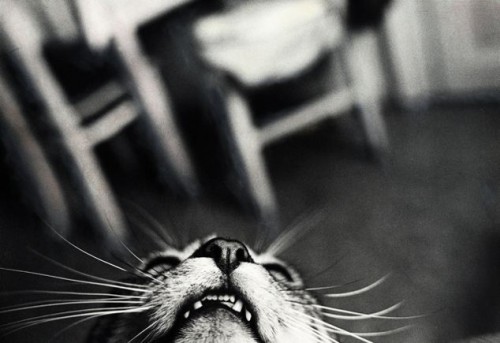 Holidays are very important for the spiritual equilibrium of our society, Slovak bishop Stanislav Zvolenský declared, responding to the news that the newly-elected Slovak government  is contemplating cutting down the number of state holidays on the grounds that they slow down the economy. However, this spiritual equilibrium seems more like torpor, into which Slovak society has slid thanks to a new kind of holiday – a day off politics.

The overwhelming victory of Smer in the March elections allowed the left of centre party to form a majority government and was met with an astonished silence, ringing with the unspoken question: what can we expect of a parliamentary democracy if all power is concentrated in the hands of a single party and the opposition is split into several tiny parties at loggerheads with one another?

Prime Minister Robert Fico’s response was to reach for a kind of national convention of large interest groups, forming a body called the Council of Solidarity and Development. Representatives of trade unions, employers, the self-employed, pensioners, academics, university presidents, churches and even some NGOs have been invited to attend regular meetings with the government to talk to the Prime Minister about the country’s future and steps the government should take. This kind of model, resulting in the sidelining of the parliament and thus the opposition, is known as corporatism. Although its notorious past proponents include the Italian dictator Benito Mussolini, it was also used – with some success – in democratic post-war Austria.

It is not surprising that Prime Minister Fico is trying to reach for a social consensus in this way. He has himself admitted on several occasions that he had never expected to win a landslide victory, and many of his Smer colleagues were visibly nonplussed to see a mass of voters throwing themselves at their feet. Smer politicians have always been more adept at adversarial politics than at generating ideas. However, fighting a decimated political enemy has lost its rationale for a while, whereas ideas have gained hugely in importance.

It may be a blessing in disguise that Fico’s government has been forced to cut straight to the chase and focus on finding a solution to the depressing puzzle of how to square meeting its European obligation to reduce the budget deficit with living up to the social democratic ideology it so proudly professes. Following weeks of discussions with the Council for Solidarity and Develoment the government has finally come up with a plan. It represents the first serious economic declaration of the Left in Slovakia, and Fico’s first attempt to fulfil his promise to the electorate that it will be the rich rather than the poor who will bear the brunt of the European crisis. His plan is worth a closer look.

The End of an Era

He has abolished the flat 19 per cent tax that made Slovakia famous under Mikuláš Dzurinda’s government. Individuals whose earnings exceed 3,000 euros will not only pay higher taxes but their social and health insurance payments will go up too, while company taxes will go up to 23 per cent. In addition, large companies and banks will be hit by another special levy. Property taxes will go up in more upmarket areas inhabited by the more affluent, who will have to pay an additional dividend tax of ten per cent. The self-employed will also have to contribute more than in the past: their social security payments will go up while there will be a new ceiling on the amount they can write off the tax.

Another flagship of Dzurinda’s government – private pension savings – will also be weakened significantly. The original nine per cent (out of the obligatory 18 per cent) of payments into private pension funds is likely to be reduced to four per cent, and Slovakia will follow the Czech example of making individuals contribute additional sums out of their own salary. State pensions for existing pensioners, on the other hand, will go up faster for those on lower pensions than for those on higher ones.

Although a number of further changes is under way, the ones listed are key and, even though from a European perspective they are anything but revolutionary, in Slovakia’s case they basically augur the end of the era of the neoliberal economic ideology. During this era the size of government – measured by expenditure – was considerably reduced while the gap between company profits, i.e. capital, and wages, increased considerably. As economist Vladimír Baláž pointed out in the daily SME, over the past 15 years the proportion of GDP comprised of wages went down from 43 to 37.5 per cent, the third lowest level in Europe (after Bulgaria and Romania), while the proportion of GDP made up of capital gains in the same period rose from 48 to 53 per cent. Slovakia’s model of economic success based on openness to foreign investors and relatively low (although growing) wages has evidently lost its appeal for the Slovaks.

It is therefore not the change of course in itself that is surprising but rather the weak resistance on the part of the Right, which seems to have lost its faith in the redemptiveness of its ideas. Even the IMF does not object to the Fico government’s agenda, predicting a relatively sturdy 3 per cent growth for Slovakia.

The Exhaustion of the Right

There are two reasons why much of the Right stands idly by as the pillars on which its political identity has been based come crumbling down. Firstly, it has been humiliated by the drastic decline in its electoral base, which punished it for its lack of ideas and the corruption scandals, such as the Gorilla affair. And second, individual right-wing parties are engaged in a suicidal struggle with each other for the voters that remain. In fact, Fico’s actions have only confirmed something that has has been clear for some time: he has deprived the Right of the identity it had long lost of its own accord.

The state of the Right is illustrated by developments within the two main parties that had for many years dictated the country’s political and economic course. The former ruling party SDKÚ ditched its chairman and founder Mikuláš Dzurinda after receiving a drubbing in the general election (winning only 6 per cent of the vote). However, at the subsequent party congress the delegates rejected the only popular politician in their ranks, [former Justice Minister] Lucia Žitňanská, opting instead for Pavol Frešo, a man mighty in physical stature but rather weak in terms of charisma, who went on to surround himself with faceless officials. The party that used to be proud of an intellectual base unprecedented in Slovakia is turning into a media laughing stock.

Ján Figeľ, Chairman of the Christian Democrats (KDH), who may have secretly rejoiced at SDKÚ’s misfortune, tried to proclaim himself opposition leader with a mere 8 per cent of the vote, but he suffers from the same burn-out syndrome. Last week the party’s deputy chairman and most popular politician [former Interior Minister] Daniel Lipšic left the party. At an al fresco press conference, modelled on US political practice, he announced that the ageing and weakened Right lacks vision, whereas he has a dream of society which he is determined to pursue. And since the ossified KDH environment of the party had allegedly held him down, he was preparing the ground for establishing his own party by quitting.

The exhaustion of the Right might have been nothing more than a temporary phase, accompanied by the hope of a new beginning – if the vision of the economy were the only problem. However, having resisted the authoritarian rule of Vladimír Mečiar’s government, the Slovak Right had for 20 years also taken on the mantle of the defender of human rights and civil liberties linked to the idea of liberal democracy, even though this was anything but a natural fit for a right-wing party. However, with the departure from politics of its last flag bearer, former Prime Minister Iveta Radičová, this issue has virtually vanished from the agenda of the Right. And since Fico’s SMER has never been interested in this section of the – naturally left-wing – programme, the idea of civil society and the protection of minorities has fallen victim to this political development. It is no accident that one of the first actions of Fico’s government was the abolition of the office of the Deputy Prime Minister for Human Rights and Minorities. Human rights will now fall under the aegis of the Ministry of Interior.

The corporatist model, as developed by Prime Minister Fico, does not leave much room for marginalized groups, be they homosexuals, Roma, or Hungarians. Incidentally, he hasn’t invited any of these groups to participate in the Council for Solidarity and Development.

However, what the Slovaks are currently enjoying most is a holiday from politics, in which they have suddenly lost interest. Society has found itself in a spiritual equilibrium or, rather, it has submitted to the will of those it has freely elected. The question is: how long will this state of affairs last?