We’ll treat you to a Euro to remember! 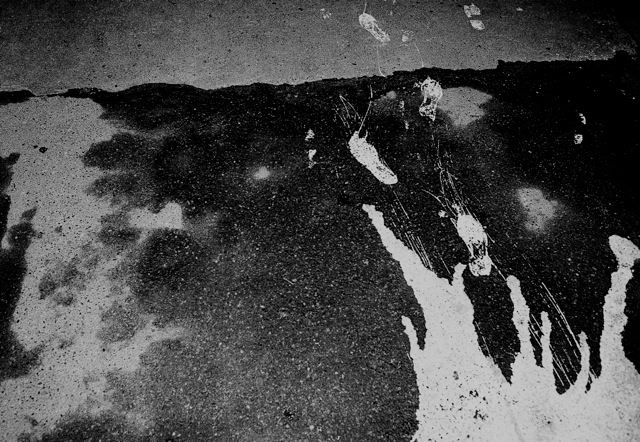 I’ve been meaning to write this article since early April but kept putting it off every day. However, following the explosions in Dnepropetrovsk, one of the largest industrial cities in Ukraine, just before the long weekend in May, I finally set to work. For me this came as the last warning: life in Ukraine is no longer just restless, uncomfortable, ugly and colourless: it is becoming dangerous, gradually coloured by blood.

OK, I’m willing to accept that the government isn’t behind the explosions. Why bother? But the very fact that in a situation like this society directs its suspicions primarily at the government gives ample food for thought.

I would like very much to be proven wrong in the assumption that the current government will stop at nothing. That it will have enough, if not common sense (although it has some problems in this department), at least a self-preservation instinct.

I would like to describe my recent travels around Ukraine during a promotional tour in April for my latest book. It was an opportunity to see my own country from the inside.

The tour lasted exactly two weeks. My publisher and I covered some 2,700 kilometres by car, stopping in ten cities in the west, centre and south of the country. We didn’t manage to reach the east: the country is too big and we would have needed another two weeks.

I would like to write about my country as seen from the windows of a car.

About stagnation, indifference, neglect, indeed utter ruin. And also about the compulsory and daily bribes for the traffic police.

I would like to make a comparison, with a clear reference point. Five years ago, also in April, I toured the country with a new book. On that occasion I criss-crossed the country by train, from Kharkiv to Uzhgorod. Or, in terms of north and south, from Rivno to Odessa. The venues were all packed. During a reading in Ostrog in Volhynia my friend and moderator, and also a great poet, Saszko Irwaniec received a text message informing him that Ukraine and Poland had been picked to organize Euro 2012. When Saszko announced the news the public just roared with joy.

Five years ago Ukraine had drive. It seemed to have a future, even though the European Union wasn’t eager to raise our hopes of membership. Five years ago 85 per cent of our students didn’t dream of leaving the country for good. Now they do and I feel truly nostalgic for the kind of country we had in May 2007.

Today I feel sorry for business people to whom the people from Donetsk (those linked to the currently ruling elite) come saying: We like your business. Give it to us. And they offer less than a third of the price. When it comes to business the Donetsk people are capable of only one thing – taking away from others anything that has been successful and that generates profit. The scared businessmen, who often see no other way out, hastily mortgage all their property and flee abroad. Soon there will be no smart businessmen left in this country.

I feel sorry for the journalists working for TVi, the only fully independent TV channel, who, for the third week running, have been harrassed by the tax inspectorate, which is being used mostly in political cases. They (a TV station channel!) are being accused of financial machinations. The reason is obvious: they have been critical of the President and the system he has created. In our TV landscape they are the only ones who still have the courage to say things like this. And that is why they are being stitched up as common criminals.

I feel sorry for the Ukrainian language that is being ousted from everywhere. Once again, it is being ejected from cinemas. The tax police has impounded the bank accounts and equipment of the only commercial film studio in Ukraine that dubbed films into Ukrainian. We will continue being inundated by rubbish from Russia’s pop culture market. It’s recently turned out that specially invited Russian journalists will be commentating on the Euro 2012 matches. Apparently they are supposed to increase the prestige of the event.

I feel sorry for prisoners and defendants, whose chances of being found innocent by our courts are statistically less than 1 (one!) per cent. I feel sorry for the political prisoners, who include VIPs (former Prime Minister Yulia Tymoshenko, her minister of foreign affairs Yury Lutsenko, and several other well-known figures), plus dozens, if not hundreds of anonymous figures, persecuted for their opinions rather than crimes. It is hard to believe that this is still the case in our country, but it is.

We did our best not to believe it for a long time, trying to find various ways of making the situation less unbearable. We used to say that they (the authorities) will have a bit of fun, scare us a bit and then stop all this. Or that all of them (the authorities and the opposition) are basically the same, and therefore won’t harm one another.

We didn’t believe that Tymoshenko and Lutsenko would be imprisoned, but they have been.

We didn’t believe they would be convicted and thrown into prison, but they have been jailed for long prison terms.
So is there anything we shouldn’t believe in?

For example, should we not believe that Yulia Tymoshenko was really beaten up by prison guards and those taking her to hospital by force? Or that the government won’t stop at anything?

This year, as I’ve already mentioned, I travelled around Ukraine, not by train but by car. Our roads are – as you may know – rather uneven. However, we did come across a few sections that weren’t too bad, having been hastily built by some whizzkids from Macedonia or Turkey. From time to time anonymous philanthropists targeted us with wonderfully instructive messages on roadside billboards. Thank you for keeping the road shoulder clean, one of the signs said. The other was rather more reserved: Thank you for not littering the roadside. But basically they were thanking us for nothing, since the roadsides were neither clean nor unlittered. Unless, of course, this was a peculiar kind of irony. For in our country the written word has to be read as its very opposite.

The rubbish on our riverbanks corresponds more or less to the rubbish heaps in our heads. We are who we are. And that’s the kind of Euro we’ll organize for you.

The roadside billboards have left me with the permanent impression that our country’s economy has come to a definitive halt, no longer providing any kind of goods or services (courtesy of the Donetsk business). The only things available in our country are the faces of assorted bosses, who have apparently set their minds on standing in the next election. You can hardly move without being greeted or congratulated on something by square- headed aliens from another planet. And we, too, congratulate ourselves for having such great leaders and candidates to represent the people.

The most edifying slogan was the one displayed on the Odessa district governor’s billboard: The people decide, the government acts! Fortunately, we know very well who, in their language, is meant by the people. In the criminal argot the people are the gangster elite, the supreme leaders of the underworld. And unlike us, ordinary mortals, they really do decide everything in Ukraine.

Oh, you naive Europeans! You still think that during talks with Ukrainian leaders you are really talking to politicians? Some politicians – these are common criminals!

When dealing with them you are helpless, if not defenceless. In talking to them you try to apply civilized political mechanisms but they understand only one kind of argument – banging heads with baseball bats. It is these people you have happily congratulated following the 2010 presidential election.

The President of our country is living his life to the full and has achieved a lot in his lifetime. He lives in a luxurious residence outside of Kyiv, surrounded by forests where he goes hunting, and by water reservoirs where he goes sailing in a special water palace. The borders of his vast estate are guarded by regiments of warriors with shaved heads. He has led our country from wild capitalism into equally wild feudalism. That is why he regards himself as a monarch. He answers the call of nature at a toilet worth 350 thousand dollars, for it is a golden toilet encrusted with diamonds.

Not bad for a one-time underage criminal, who once had to make do with a hole in the floor of a prison cell. I bet he thinks My life has been a success every time he sits down on his priceless toilet, which symbolizes his victory.

Somtimes I get to read comments on the Ukrainian situation by unknown foreign observers. Here’s one of these comments in the original: ”Every time I read such stories, watch videos or pictures of all these cars, watches, helicopters, houses, trips to exotic islands, I ask myself: how come you are all so patient? How much longer you will put up with all this? Or do you just not care?”

Oh, we do care! – I would like to respond. But we have a problem: we’re beginning to be scared again. The last time in our history we were this afraid was in the 1970s, when the Soviet Union was still going strong, throwing dissidents into penal colonies. After that we unlearned fear. But now we’re afraid again.

They’ve got everything in their hands: the procuracy, the courts, the police, the army, the special forces – everything is subordinated to them. If there was at least one tiny crack in their ranks, we would have managed to push through a long time ago. But they are monolithic.

The language of the people includes the term collective guarantee. It derives from, among other things, the tradition of the Sicilian Mafia. Ukraine is turning into something resembling Sicily between the two world wars, when it lived by its own laws and the state didn’t even try to tame it the way it does today.

Why don’t you come to Euro 2012 in Ukraine, then, and try to protest instead of us? Maybe they won’t dare to chase you away with truncheons and tear gas.

And even if you don’t come in order to protest, you are still welcome. If you like that rotten post-Soviet atmosphere, not quite southern but all the dirtier, if you like massive pollution from huge factories, if you like monuments to Lenin and Stalin, vodka mixed with beer, roadsides covered in litter, ruined historic buildings replaced by unfinished building sites of business and shopping centres; if you long for accessible and nice girls, not necessarily infected with HIV or venereal diseases, as well as for omnipresent bodyguards, goons, agents, sportsmen with baseball bats at the ready – well, you’re more than welcome to the Ukrainian Euro!