How to improve the teaching of literature? 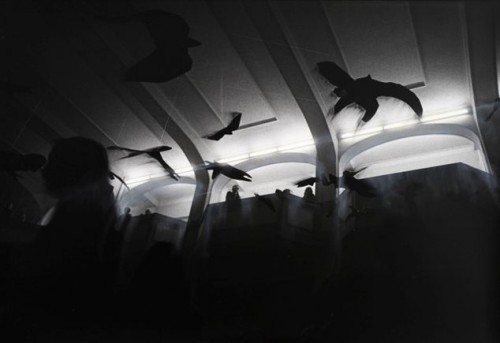 The Slovak Centre for Education Methodology, the institution in charge of developing school curricula, has asked for my views on teaching literature at secondary schools. Having visited scores of gymnasiums and other types of schools across the country over the past few years, I expressed my views openly and critically. Surprisingly enough, the Centre’s staff agreed with everything I said – changes in the way language and literature are being taught Slovakia are proceeding too slowly or not at all. Here are my suggestions on how to change this state of affairs:

1. Stop the orthodox emphasis on (mostly) outdated textbooks and instead make full use of newly developed readers that haven’t reached most schools even though their quality is high. To put it simply: read literature first and theorize later.

2. In the era of Google and Wikipedia put to rest our legendary obsession with encyclopaedic knowledge. What this has meant in practice is that the students swot up on where and when [Baroque writer] Hugolín Gavlovič was born and died, without ever reading a single one of his poems and discovering that his humour might actually appeal to them.

3. Instead of making students memorize facts, teach them how to read a work of literature. Instead of retelling the story, encourage them to develop their own views and readings. This is the hardest thing but it does bear fruit. At the same time, be wary of the growing number of essay websites such as referaty.sk that have helped the copy & paste method of writing to proliferate at every level of our education. Impress upon students that copying equals repugnant lying – to oneself and to others.

4. Invite authors to visit schools. Why not have [young contemporary writers] Zuska Kepplová or Samo Marec read and talk to students? For most students I often represent the only contact with living literature in the course of four years! Provide grants to writers instead of automatically expecting them to make this kind of visit free of charge, something that would be unthinkable in any other profession.

5. Don’t be afraid of popular genres such as science fiction or fantasy, and stop castigating those girls who enjoy chick-lit or who prefer blogs to books. Only those who have developed a habit of reading have a chance of refining their taste later.

6. Make use in the classroom of tablets, which are getting increasingly affordable. Why not introduce students to The Living Whip [Živý bič by Milo Urban] or the Miraculous Virgin [Panna zázračnica by Dominik Tatarka] through their electronic versions on an iPad, Galaxy or Kindle, if that will make them more attractive? A text can be accompanied by a film clip, an extract from the film script, a radio play, an interview with the author, photos of book covers etc.

I have also been exposed to bad literature teaching, especially in the chaotic years following the Velvet Revolution. One teacher went so far as to recount the endings of Franz Kafka’s novels, which have, in fact, been left unfinished. I always suspected her of being only one lesson ahead of us and of not having read the books she told us about. I have discovered them myself, in a much more arduous and circuitous manner. Whenever I speak to students I try to convey the message that if they read, they are very likely to live much more successful and better lives and make more money than people who ignore books. But that’s not the only thing that matters. There’s also something much more profound and important. Those who read will spend their time in this world in a much more meaningful and enjoyable way.