The Twilight of Proletarian Afterglow 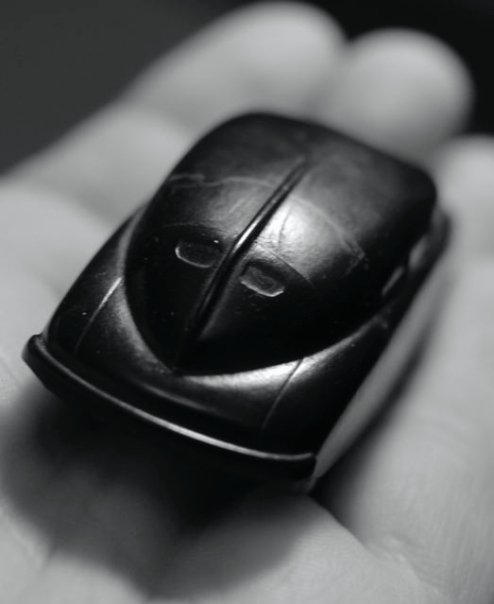 I had a dream the other night. I dreamt of the Passenger Car Factory where my father had worked for over forty years. After World War II it was the first – and for a long time the only – factory producing passenger cars in Poland. It was built in 1951. The first car it produced was the Polish version of the Russian GAZ M20, known as Pobeda, which means Victory. The factory occupied a large district on the periphery of Warsaw and must have been one of the largest employers in town and one of the largest in the country. Sons and grandsons of peasants arrived from remote villages to be transformed into workers, from villagers into city dwellers. Like my father. Sometimes my mother and I would meet him at the factory gate. He would emerge at two in the afternoon, one of a crowd. He was young, tanned, wearing a chequered shirt with rolled up sleeves. Dozens, hundreds of young men looked like him. I remember their faces reflecting something akin to a calm pride. But I might be just imagining that. At a green wooden kiosk father would order a beer for himself and lemonade for us. We would drink while standing. I’d look up and see his dark figure against the sun. I was six years old, yet I still remember the mixture of smells: sweat, exhaustion, beer, dark tobacco and the factory smell of red-hot metal, grease, petrol and air ionized by the electric arc of welding machines. That’s what the men’s world smelled of. Leaving their homes every day at dawn, they would sink into it and absorb its industrial aura, returning in the afternoon. Once a month father used to bring money. He would spread it out on the table for mother to see. The reverse side of the one hundred zloty notes showed a picture of steelworks or a coking plant, or perhaps it was just an idealized factory. A red proletarian afterglow spread over the smoking chimneys, railway lines and a black locomotive. I was convinced for some time that the factory was paying my father in its own likeness and I liked this idea very much. It chimed with the calm of those days, with getting up early, returning at the same time and the monthly bundle of banknotes on the kitchen table. I was proud of my father, who produced real cars. The Soviet Pobeda was spacious on the inside, with a slight smell of petrol, its back seat as big as a sofa and the instrument panel looking like a part of some posh furniture. In the second half of the sixties the factory started producing Fiat 125s, under Italian licence. Compared to its predecessor the Fiat was slender, smart and refined. On fine spring days hundreds of workers would sprawl on the banks of the Vistula after work. They would drink beer, play cards, take a dip in the river and fall asleep in the sun, delaying their return to their crowded homes. They lacked their own proletarian Breughel who would capture their life for eternity. At the time it seemed their lives would go on forever, generation after generation hiking to the factory at six in the morning, leaving at two in the afternoon and being paid bundles of red banknotes every month. In the middle of the seventies I started attending the factory school. I was expected to follow in my father’s footsteps. For him it was quite obvious I would. I dropped out of that school after three years and went far away, never to return.With the end of communism the factory fell into decline. It kept changing hands, from Korean through Ukrainian to American. Now it no longer produces cars. Machine shop after machine shop is being torn down, the land sold off.

In my recent dream I was wandering amid the ruins of the factory. There were hardly any buildings left. What remained was being covered over by greenery. Here and there water appeared although it had never been here before. Nature was taking back what had been taken away from it. Little hills grew out of the flatlands, opening distant misty horizons. I felt the melancholy of the end of an era. In my dream I mourned the definitive decline of communism. It was decaying, disintegrating, losing value like the red banknotes with the picture of a factory. Symptomatically, however, in its kindness the dream and memory handed it over to nature, shrubbery, creepers and ponds. As if, unknowingly, I had wanted to save the factory from the ruthlessness of history, from the implacable enemy that is global capitalism, approaching from Korea or – ironically – from Red China.

But that is clearly the nature of our minds and hearts: even when we dream we are trying to do something to salvage our past experience from being exterminated.