An Emerging Europe of Fear and Anger 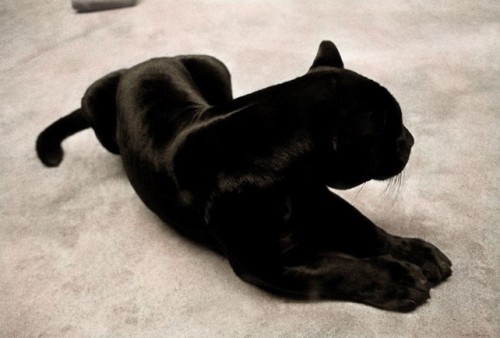 Fear is spreading around Europe. It is gripping those who live by their own labour, the young as well as the old, the middle classes as well as those who are less well off. From Madrid and London, through Rome and Paris, to Berlin and Warsaw labourers, students, businessmen and intellectuals are scared. A Europe of peace is turning into a Europe of fear. And into a Europe of anger.

It is mainly the fear of a global crisis, indeed of disaster, that is destroying the life of societies, pushing them into shortages, chaos and violence, accompanied by growing anger at the current state of capitalism, which tends to intensify social disparities. A growing number of people, not necessarily only anti-capitalist liberals, claim that the old class societies are re-emerging, divided into increasingly affluent minorities and increasingly poor majorities.

These days it is inherited capital rather than one’s own work that guarantees an adequate standard of living. And this, in turn, represents the destruction of a common world, the basis of democracy, as historian Pierre Rosanvallon argues in his famous essay, The Society of Equals.

Capitalism ceases to be associated with honest hard work and risk-taking by gifted individuals. The news that those who contributed to the crisis haven’t paid for it while entire societies will have to bear its long-term costs has left a deep mark on society. This may be a secondary phenomenon, since a society’s profits won’t cure the ills of entire states. Yet it does carry a symbolic weight, representing a departure from the ethos of capitalism whereby those who invest or gamble on the market are taking a risk. Even liberals are warning that there is now a caste of financiers that is essentially insured against risk. Even during the crisis, as their companies collapse and shareholders are losing money, their enormous incomes are guaranteed.

French economist Pierre Dockes calls the current form of capitalism a system of organized greed. It’s not just about income. As a result of the pursuit of profit the liberal and authoritarian currents, the latter modelled on countries such as China, are competing with each other at the very centre of capitalism, including in Europe. I dare not guess which one will win in the long term.

The near-universal belief that capitalism, the freedom to manage one’s own economy and own property, is fundamental to freedom is also beginning to erode. Globalized capitalism appears to be a grim force that controls the fate of individuals and societies according to incomprehensible rules.

We are seeing it now. A single rumour is enough to make the markets go crazy, often wiping out the savings of millions. A bit of emotion on the markets is enough to jeopardize the finances of entire countries.

This anonymous and capricious power against which there is no appeal is what is most shocking and infuriating. There is a growing demand for global capitalism to be subjected to control. But no-one is quite sure yet how to do it. And therefore the ordinary person, whose existence depends on the market, that is, every one of the hundreds of millions of people living in developed democracies, is helpless against this power and deprived of the sense of being a citizen with the right to decide their own fate. No country, not even the EU or the US, is capable of preventing this helplessness. They are too weak to take on the market.

So it is not surprising that in democratic societies anger is mounting against the kind of democracy that cannot guarantee its citizens a safe and adequate life.

Splinters of this anger have been appearing outside of Europe as well. A few weeks ago 300,000 people rallied in Tel Aviv demanding social justice. Similar rallies took place in Chile. Even in the US, a traditionally anti-egalitarian society, dissatisfaction over increasing inequality has begun to grow.

But this anger centres on Europe. One example is the rebellion of the Spanish youth, particularly of the middle classes, who have come together in the 15-M movement. It is still quite diffuse, without clear leadership and strong organisation. The movement has been initiated by young people with no access to jobs and housing. Many people below the age of 40 lack permanent employment, argues Spanish sociologist José Antonio Gómez Yánez, adding that this is a political movement – until now most people, especially young ones, thought you could live without politics. The crisis has revealed the value of politics as an activity that protects people from aggressive markets and stops people being treated like objects. I would add that the 15-M movement does not wish to overthrow liberal democracy but rather to improve it, to give it a form that is kinder to people and their stifled aspirations.

We have seen other kinds of rebellions though, violent ones, as in Greece or earlier in France, as well as acts of vandalism, as in Great Britain. However, is the looting of British shops or the setting alight of cars in Paris suburbs merely a sign of the perpetrators’ social demoralization? Many, including British Prime Minister David Cameron, believe that to be the case. But this view will bring bitter disillusionment.

For wherever rebellion grows, part of it always slides into vandalism. The increase in violence is a sign that society is not capable of organizing itself, rather than an index of its morality. It is the weakness of European societies that is dangerous. These days there is no force capable of harnessing this anger and transforming it into lasting political pressure, the way trade unions and left-wing parties used to. Neither is there a real threat of a Bolshevik-style revolution whose spectre used to exert a civilizing influence on capitalism. Due to the lack of internal pressure and external threat most political and economic elites do not take this diffuse anger seriously and see no reason to change anything. Democracy is losing its reforming power.

The situation is dramatic. There are more fears than just the fear of disaster. The more indigenous Europeans fear new immigrants. Immigrants are afraid of their neighbours. The more affluent are afraid of the poor and their demands, the poor are scared of the rich and their egotism. Democrats are afraid of populists, while the populists are scared of the others. We are afraid of technological and cultural change. We hear prophecies of a climatic disaster and famines. Democracy is incapable of assuaging any of these fears, itself becoming a state of fear. And this fosters populist movements, currently most active in Europe. And, what is even more worrying, for the first time since the 1930s, the middle classes have also been gripped by anger and fear.

Social equality must be restored, demands Rosanvallon. The market cannot be the one setting social goals: these are for the citizens and their representatives to set. Equal, though distinct, individuals making up our common world – his vision is about more than just equal opportunities since chances are divided unequally right at the start. It is about a society that cares for its weaker members.

Except that for this to happen liberal democracy has to be radicalized, drawing back from its sources and original promises. A new social contract must be drawn up. This is what the rebellious Spaniards want, too: equality and social justice. This demand has been gradually forming in the heads of millions of Europeans. Sooner or later they will find a way of expressing it.

Our era is changing in front of our very eyes. The existing shape of democracy is coming to an end. Either it will be salvaged by rebellion in the name of equality or it will drown in authoritarian populism, and we will drown with it. At the moment no alternative is in sight.