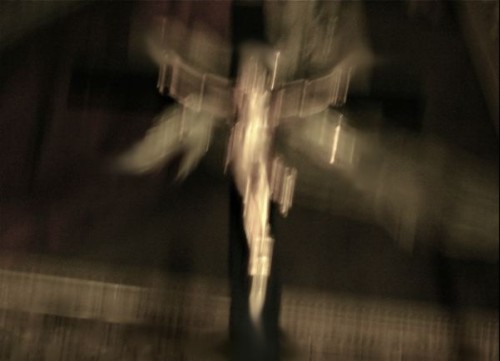 In his latest book, my friend the Ukrainian writer Taras Prochasko proposed a rather daring thesis. He suggested that, had Germany won the last war, Ukraine would have ended up in the European cultural sphere. My initial response to this statement was that of profound resentment. Of course, I understood that Poland and Ukraine fared very differently during World War II. In a way, Hitler had flirted with the Ukrainians, holding out the prospect of some rudimentary autonomy (or so, at least, it seemed to the Ukrainians), forming Ukrainian SS units and various auxiliary and police units. Poland had simply been under a bloody occupation and in Hitler’s plan the Poles were to be turned into slaves. After all, it was in Poland that the Germans had built their death factories, convinced that that country didn’t deserve any better and that it would be able to absorb any number of human bodies and ashes. They regarded Poland as a suitable location for digging one of the largest graves in the history of mankind.

Of course, my Ukrainian friend and outstanding writer is perfectly aware of this. Nevertheless, we are irrevocably formed by history and where we experience it. It so happened that I read Prochasko’s book while travelling through Ukraine. For ten days it poured with rain making it hard to pitch a tent, so I slept in little provincial hotels. I travelled southeast, along the Dniestr Valley as far as Khotyn, a city that three hundred years ago had marked the Polish-Turkish frontier. I spent ten days travelling through an extraordinarily beautiful landscape with undulating highlands traversed by river gorges. The former steppe, transformed into cultivated fields, has preserved its might and grandeur. The horizon seemed to be magnetically charged, making it impossible to take your eyes off it. The banks of the river hollows – the Dniestr, Prut and Seret – revealed geological layer upon geological layer going back thousands, millions of years. The hills and valleys were dotted with sleepy villages. Cottages with whitewashed walls and blue shuttered windows stood in cherry and apple orchards. The vegetation was so lush the air itself seemed green. The Dniestr Valley is said to be the most fertile region of Europe.

But it is enough to leave the village, leaving behind this almost bucolic landscape, and the traces of an apocalypse became apparent. It is enough to enter any city here and have the sense that an experiment in civilization on an scale unprecedented elsewhere had taken place. The material symbols of the collapse of communism are crushed concrete, rusting iron, and weeds growing through cracked concrete. All the way from Warsaw to Ulan Bator. Space, vast spaces, squares, arteries, industrial districts – all flooded in grey concrete. That’s what the new civilization was meant to look like: in a single moment, in a single gigantic feat of modernization everything old, past and superfluous was meant to be buried by concrete. The entire past diversity of the world. In the case of Ukraine a further tool, apart from concrete, was famine. Stalin used it to exterminate several million peasants superfluous to his plan. Windowless skeletons survive in the landscape; huge, almost completely depopulated squares in small towns, gigantic roundabouts and intersections in the middle of nowhere stand awaiting the march of non-existent armies. It resembles a landscape after an extermination, for it it really was extermination. The old was destroyed but nothing new has emerged. The present is covered by remnants, remains, scraps of a utopia. Sometimes it seems that this state of weird lethargy will last forever. Ukraine appears to be submerged in a heavy sleep plagued by nightmares. That is why I don’t share my friend’s view, although I do understand his despair. Some countries just have a curse looming over them. They are the playthings of fate, history, and the madness of ideologues. They inherit cracked concrete, weeds, scrap iron and the memory of people eating other people in their hunger. There are moments when a pact with the devil might have been preferable. We ought to bear this in mind on this side of the European frontier. If for no other reason, then because the bitterness of their fate is in proportion to our successes.