The Lady is Ready to Leave? / Commentary 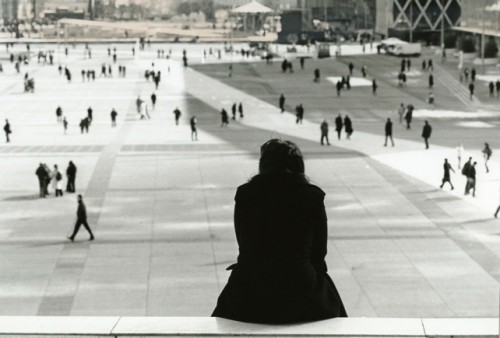 Only a couple of weeks ago the key issue for Slovakia was how the national ice hockey team would fare in the world championship. The unimaginable happened: Slovakia was knocked out following a bitter series of lost matches. At the time of this writing, the key issue is whether Slovakia’s government under Iveta Radičová can survive, her future as unpredictable as the outcome of a hockey match. The only difference is that Radičová can imagine being defeated and is prepared to speak out about it.

What is at issue is that on 17 May Slovakia’s parliament will make the umpteenth attempt to elect a Prosecutor General. The Prime Minister has made it very clear she will resign should the opposition candidate Dobroslav Trnka be elected [he wasn’t and she didn’t – Translator’s note]. Over the past few years Trnka has come to symbolize the corruption of the justice system, for under his watch investigations into scandals involving political parties were repeatedly mothballed and he has shown a conspicuous lack of activity in sensitive cases.

Radičová first made her pledge a few months ago, after a vote in December when six coalition MPs joined the opposition in supporting Trnka’s candidacy and he was only one vote short of being elected. Since the vote was secret, the coalition traitors remained unknown, as did their motives, and we can only guess that they were either political (opposition to Radičová) or financial (there are rumours of bribes of up to 300,000 euros). The media wrote that a celebration had already been planned in Trnka’s office, complete with crates of champagne supplied by a notorious Bratislava mafioso.

This week’s vote is, therefore, de facto a vote of confidence in Prime Minister Radičová. The government has been riven by tensions and quite a few ruling coalition politicians have indirectly indicated they’re fed up with the troublesome female. If she weren’t so popular and if her resignation hadn’t threatened to bring down the whole government she would have been finished a long time ago.

This peculiar situation did not arise by accident. Radičová – just like her Czech counterpart Petr Nečas – found herself in the prime ministerial seat due to a series of upheavals that had shaken the political scene in both countries in the past few years. New parties, especially right-wing ones, were created, sending traditional parties into panic and in search of new, untainted leaders. Voters in both countries took this as a promise of a new kind of politics and gave the Right a second chance.

Radičová is a sociologist and she sees her job as Prime Minister as a mission entrusted to her by a public keen to root out corruption, which has over the past twenty years eroded the laboriously built foundations of democracy. However, she is also an intellectual whose most precious asset is her reputation and that is why a potential defeat in the power struggle might actually turn out to be her victory in that it would only provide evidence that she hasn’t been tainted by corruption. The question is: can Slovak politics cope with this sort of ambition?

Because of conflicts within the coalition Prime Minister Radičová has resorted to the threat of resignation before, perhaps once too often. The last time was a month ago and the story was served to the public as if on a tray, presenting the people with a live spectacle of a clash between two powerful political figures and two different approaches to politics.

It all began a long time ago and the story behind it is quite complicated but nevertheless, worth trying to summarize: it came to light that one Miroslav Mikulčík, in his capacity as head of the tax office, had rented for the Košice branch of the agency a building whose owner was a local official of the ruling SDKÚ party (Slovak Democratic and Catholic Union). Mikulčík happens to be a long-standing friend of the Finance Minister Ivan Mikloš (they have been doing sports together and had been on adventure trips, for instance to Alaska) and it was Mikloš who appointed Mikulčík as head of the tax office. The media pounced on the details, which showed the whole tender as dubious and probably overpriced. This obvious case of party nepotism made Radičová demand Mikulčík’s resignation. However, Mikloš was opposed. What makes the story more complicated is the fact that both Mikloš and Radičová follow immediately after the party chairman Mikuláš Dzurinda within the SDKÚ hierarchy. He called a meeting of the party leadership, which gave its backing to Mikloš, leaving Radičová nothing more than the prerogative to stick to her view. The next day, instead of presiding over a cabinet meeting, Radičová stayed in her office and informed Dzurinda that unless Mikulčík resigned within two hours she would address the press and announce her resignation as Prime Minister and that she would also be leaving the party. Dzurinda and Mikloš caved in and Mikulčík resigned.

That, however, wasn’t the end of the story. Mikloš got over losing his friend in the tax office only to appoint him as his adviser and putting him in charge of developing an information system for tax collection worth hundreds of millions of euros. And as if that weren’t enough, the media have reported that the project would involve CSC, a company whose executive secretary is the very same Mikulčík. Moreover, Mikloš had given CSC (and Mikulčík) a similar contract (worth over 40 million euros) six years ago but the deal was called off, under media pressure, as not sufficiently transparent.

To cut a long story short, Mikloš, who has been the most powerful figure in Slovakia’s Right and whose cabinet position is as unshakeable as that of Kalousek in the Czech Republic, has sent Radičová a clear signal that she wasn’t to meddle in how business was done in politics. And by attacking the media for doing politics on behalf of Radičová, he sent the same signal to the press.

Stories of a mutually beneficial friendship between a politician and a businessman, as represented by Mikloš and Mikulčík, and of contracts tailored to the company that belongs to a party official, have become so common both in Slovakia and the Czech Republic that it is almost embarrassing to dwell on these two specific cases. What makes them unique is that Radičová’s stance has shown Slovak politics in a different, and unusual, light. Her stance is very personal and quite characteristic of her. For example, when opposition leader Robert Fico threatened to use the current scandal and have the parliament remove Radičová from office, she announced: You can’t expect me to face being removed from office by the parliament because of Mikulčík. I’m not going to defend the indefensible. Opinion polls suggest that Radičová’s stance has earned her public support and her popularity has reached almost the levels enjoyed by Robert Fico, who topped opinion polls for years in terms of popularity and credibility. The media also tend to be on her side although they do accuse her of political weakness and sometimes refer to her as a mere spokesperson of a government that is actually firmly in the hands of the coalition party chiefs.

However, Radičová is far less helpless than she appears. Her popularity and her more or less non-partisan position, have freed her hands in a game that she cannot, on her own, lose. A resignation, announced in advance as a matter of personal honour, will represent the victory of the intellectual and strengthen the reputation to which she attaches so much importance. If, on the other hand, the opposition candidate Trnka is not elected as prosecutor general, it will be a victory for Radičová the politician, strengthening her hand politically.

In this situation it is not surprising that many politicians are wondering how to get rid of Radičová. If it doesn’t happen on 17 May it is only a question of time when the next opportunity arises. The only problem will be how the government can continue without her. That will be no easy matter: the coalition talks will have to start from scratch since over the past year the coalition parties have become fractious and new, ambitious groups have appeared on the scene and are becoming quite vocal.

Of course, everything is possible in politics, even that Radičová will last as Prime Minister for a further three years. Nevertheless, very few people are taking it for granted, least of all – given how often she talks about resigning – Radičová herself.

Translation: Julia Sherwood. This commentary appeared in the weekly Respekt.