The Holy Grail Of Hungary 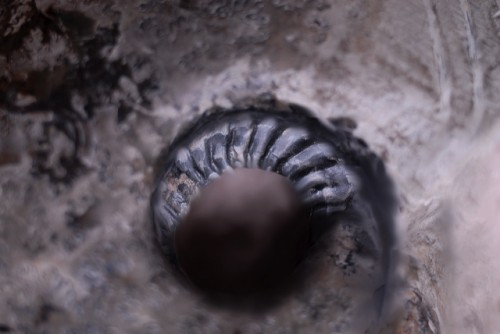 The prime minister of my country, who happens to be the rotating president of the European Union, stressed the special importance of this year’s Easter for all Hungarians in an article written for his favourite daily. This Easter, Mr Orbán announced we not only celebrate the rising of Jesus Christ along with the revival of nature in the springtime, but we also celebrate the resurrection of Hungary. Mr Schmitt, the Hungarian head of state, gave his approval on the new law in a televised appearance, after which Orbán declared the outcome to be the most modern constitution in Europe to date.

The new fundamental law, as they call it, bases itself on the thousand-year-old achievements of Hungarian Christianity and family values. The Holy Crown has become the symbol of the Hungarian state and its constitutional continuity. Surely not the Holy Crown? You must be joking, I hear you say. What is the Holy Crown doing in the most modern constitution of Europe for God’s sake? Is this a Monty Python sketch or a paid ad for a European funny farm?”

What if I tell you this is all part of a cunning plan to lead the country and consequently all of Europe out of the present crisis? I know it from my mother, who has heard on TV that these people have really good intentions. The Holy Crown only goes to prove that it’s hip to be square again if you swing with neo-conservatives, so it’s also cool for the most modern constitution of Europe to have a medieval touch. After all, modernity and chivalry are two sides of the same coin. Look at the legendary pilots of WWI or the Round Table of King Arthur just to name a few.

Think about it, what’s there to lose having God on our side, especially as we are a secular nation in a secular state? It’s like wearing braces and a belt at the same time. Similarly, my brother, who is not a believer by any measure, has often asked my mother during his university years, to go and pray for him before exams, which she did and he always passed, so you never know. Why turn down a good lead when we obviously have a thousand-year-old working connection? It’s not like we are religious. Let’s just say we naturally rhyme.

On the day of Epiphany, Hungary has taken up the presidency of Europe. It passed a new constitution on Easter Monday and you can start preparing for a surprise special on Pentecost. King Arthur always gathered his knights at the round table for a feast and a quest on Pentecost. They set off on their final quest for the Holy Grail on Pentecost as well. The Holy Crown, just like the Holy Grail, is a magical object that has the power to heal the wounds of the country. It is surely a beautiful thing and it has an incredible story that is even older than the legend of the Round Table. The only tiny problem with it, liberals may argue, is that it actually does exist and has been interfering with the lives of millions who were subjected to it for a thousand years.

The doctrine of the Holy Crown, a unique Hungarian legal invention, has been for long the unwritten constitution of the Hungarian Kingdom, so lawmakers had to be carefully navigating the thin line between using it as a symbol and a guide. Not unlike the British Crown, the Holy Crown is a legal entity separate from the person who wears it. But the doctrine of the Holy Crown goes further, as the crown itself is regarded as a person higher than the king. His Majesty the Holy Crown embodies the state of Hungary. The sovereign merely acts in the Crown’s name. The Habsburg kings who were not of Hungarian origin could not possess the crown. They only temporarily received it at the coronation ceremony.

On Easter Monday, upon signing the fundamental law, Schmitt disclosed on national TV that he regards it as a frame to be filled with content in the course of the next few months. In other words, the best is yet to come. Most Hungarians don’t yet have a clue just how important the Holy Crown may turn to be in their lives as we proceed into the new era proclaimed by the Fidesz party. However I can already see the happy faces of civil servants taking an oath to a new constitution filled with passages like: after the moral defeats of the twentieth century, our need for spiritual and intellectual renewal is paramount.

One of Orbán’s first acts after taking power was to move the Holy Crown from the National Museum to the Gothic dome of the parliament building. That sent a clear message: the crown is not a museum piece. The Holy Crown is round. The dome of the Parliament is round. The Round Table is round. Need I say more? Acting in the name of the Holy Crown is like having both the Holy Grail and Excalibur behind you, and this is exactly what the most modern constitution of the European Union needs to stop the ongoing moral crisis.

Finally everything falls into place. In the light of the latest events, we can see Mr Orbán’s master plan and understand why he claimed a revolution after his landslide victory a year ago (sorry, an Easter ago). It is only at this point in history that we can grasp why the perennially merry Mr Schmitt, a former Olympic fencing champion, was first named his deputy in the party and then head of state. Mr Schmitt is the first knight at the table. You need the right person for the right job, and our number one swordsman never missed his aim.

I can’t help thinking of him as he sits and ponders under the dome, where he would go once in a while to get away from the burdens of the state. Do you think he ever wonders how the first Hungarian king felt when taking up his crown and Christianity a thousand years ago, which then must have seemed like a real adventure. How did he feel when he first touched the Holy Crown? Which wasn’t even holy then. Little did he know, our St Stephen, that a thousand years later, the ruler of Hungary would summon his people once again to follow Christianity, and this time, he would bear the title of the president of Europe. Are we living in magical times or what?

The democracy of the Round Table has commenced. Although it’s hard to tell what lies ahead, chivalry and modernity will guide us through. The fundamental law proclaims dignity to be the basis of human life. A brilliant notion! And can you be robed in more dignity than when wearing a crown and reducing the room to utter silence? What room?! The whole country! What dignified silence! It looks as if the moment we’ve been waiting for a thousand years has finally arrived and from now on the Holy Crown will take care of Hungary. I don’t have to write articles anymore. I can just sit back and enjoy the view.

Leafing through sections of the fundamental law on the heroic past and family values, I realize that my grandfather would have been the ideal citizen of this utopia. Marriages are made between man and woman, sounds a bit biblical, but he was a good Christian. Life is sacred from the moment it is conceived – right on, he had four kids and raised them kindly. He might have thought the Holy Crown was bit of an old hat, but as a former captain of the Royal and Imperial army he would have understood that symbols of loyalty are important in group dynamics. He was a modern man too. He lived through modernity. The street I grew up on originally started as a path to his garage, where he kept his Chrysler, the 1929 model that inspired the Chrysler building, the tallest building on Earth at the time – ambitious, confident, streamlined, with gargoyles at the four corners, yet another example of modernity combined with tradition.

My grandpa fought in both world wars and lived to see 1956, when he locked my dad in the cellar so as not to lose a son to the Russians. Earlier, in 1945, they’d taken his eldest from the street for “a little work” and came back weighing fifty-six kilos. My grandpa had been heavily decorated in WWI. Had he put on all his medals, he would have outshone a Soviet general on Victory Day. When I thought of Old Hungary as a child, I always thought of my grandfather basking in the sun with all the bullet and bayonet holes and other scars on his body. He looked like a map of a forgotten country. All in all we can say that this is a perfect constitution for my granddad, who was a true Hungarian, a war hero, a great supporter of the Catholic Church, a big family man and a modern man at the same time. The language of the law is simple, and easily understood by even those who haven’t dealt with politics for the last one hundred years. It would certainly not strike my grandfather as a sort of sci-fi reading of a 21st century visionary, except perhaps for the prohibition of cloning. But if we leave that out, it would work perfectly well for a turn-of-the-century gentleman. And put your hands on your heart: if you are truly modern, it doesn’t matter which century we’re talking about.

Critics of Orbán and the new constitution call it a pentecostal kingdom, referring to a folk tradition that gives to the winner of the annual horse race the right to be king of the village for a year and get free drinks in all taverns. A short-lived reign spent drunk with power. The new constitution stirred up emotions with thousands protesting on the streets. The Holy Crown, being the oldest person of Hungary, is more funny than holy to many, and they suggest he should get a decent pension and go to rest. In a country where the vast majority of people are not religious, it can look as if Orbán has pulled a top hat out of the Easter Bunny.