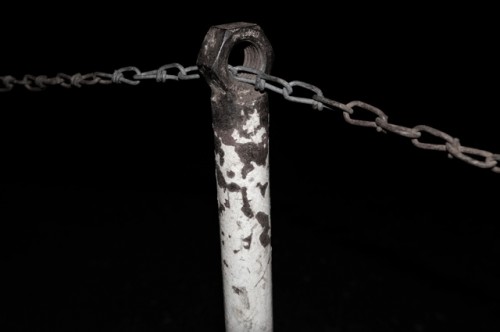 Libya. In Poland in the 1970s and 1980s the word sounded like an incantation. It sounded like Open Sesame. Qaddafi needed engineers, technicians and workers to modernize his country. Communist Poland started a long-term love affair with him, sending him workers. The Colonel’s revolutionary and anti-Western rhetoric made him appear like something of a political ally. However, for ordinary people it was the economy that counted. While the average salary in Poland at the time was the equivalent of 20 US dollars, the colonel paid (after a fee extorted by the communist administration) at least fifteen times more. In Polish terms at the time this was Eldorado, a veritable Colchis. Every welder, bricklayer or road builder dreamt of a contract in Libya. In some respects this was even preferable to a trip to America or Western Europe, for the money may not have been as good but it was guaranteed. No capitalism, no free market, no uncertainty or struggle for survival. All you had to do was do your job, accept temporary abstinence from alcohol and avoid political comments, plus join in regular festivities marking the anniversaries of the revolution. For people arriving from the communist bloc this – apart from the abstinence, of course – was hardly an onerous task and the wages made up for any inconvenience. They bought video players, blue jeans, cheap Rolex watches to take back home and returned to a world of which they had little understanding since they led an alienated and isolated life, interested only in profit. In fact, they didn’t even understand the point of their work. The new motorways led into deserts and gradually fell into disrepair. Hospitals installed state-of-the-art equipment that nobody ever turned on or knew how to use. Libya was an unreal country. It seemed more of an invention or fiction and the only thing that was real were the dollars and jeans brought back home.

If you type Egypt into a search engine the first thing that comes up is weather and last minute. Only further down comes unrest followed by seals. If the web is a true image of the contemporary mind (which it probably is), the revolution-swept Arab world enjoys the status of fairy-tale countries, countries from the Thousand and One Nights. In January the key question to do with the Arab world amounted to: is this the end of cheap vacations beneath palm trees? What will happen to holidays that have already been booked? Where will we go on holidays from now on? Surely we can’t all fit onto Tenerife! Turkey is our last hope but isn’t that an Islamic state, too, and who knows what ideas might pop into the Turks’ heads… Those were the questions and fears tormenting democratic people who recently became accustomed to exotic, all-inclusive foreign trips.

Today I opened the paper to learn the Colonel has no air force left. He didn’t stand a chance against the coalition forces. It all happened very fast, all those negotiations, talks and meetings between heads of states, the orders and finally the air and sea attacks. This time the West didn’t need more than a few weeks to decide. In the case of Bosnia it took a lot longer. It took years and tens of thousands of civilian casualties. But then Bosnia didn’t have oil or gas. All it had was some brown coal, some asbestos and rock salt. Nobody ever went there on holiday. Admittedly, Karadžić and Mladić were blood-stained gangsters but they couldn’t hold a candle to the picturesque Colonel travelling the world with his Bedouin tents, camels and personal guard of Amazons. That was just the wild Balkans, Dracula’s homeland, so something like that was to be expected. The West held its breath for a short while when the Montenegrins bombarded Dubrovnik but that was just an incident, the remaining Adriatic resorts remained untouched and holidaymakers starved of the Dalmatian sun could heave a sigh of relief.

And so while Bosnia was left bleeding for years, Libya bled only for a few weeks. When a country has oil and cheap vacations, we’re able to launch an airstrike within a few hours. Luckily for us, oil and vacations are often located in countries that lack our democracy so the army can march forward with a clear conscience: My God, those poor people don’t have democracy and need our help! We have to send them democracy, we have to bring it to them, provide it for them because the poor souls are not able to produce it locally. Democracy can’t be extracted, that would be too simple; democracy has to be constructed using imported licences. And that requires advance technologies, which we happen to have. Amen.

All this stinks. It is reminiscent of the communist exports of hospitals that nobody could run and motorways swallowed by the desert. It is reminiscent of the exports of tanks and armoured carriers that had to be operated by mechanics from the GDR, Czechoslovakia and Poland during parades in honour of the Colonel. Let’s not pull the wool over our eyes: basically we couldn’t care less about these countries. Just like the communists, who only cared about their anti-Americanism, anti-capitalism and anti-Israelism. I remember the atmosphere surrounding Libyan and, generally Arab, students in Warsaw in the 1970s and 1980s. It was a dislike combined with envy because they had money and could afford all those things Poles couldn’t afford. Including women. Those who were willing to be in their company were treated as if they had defiled the race. A cynic might say: the Poles’ intuition was sound. These days the Italians and the French deport Romanian Gypsies. The Germans, via their Chancellor, have declared multicultural society a failure. The West says: of course, you can stay here but on condition that you will become the same as we are. If not, off with you, go back to your Arabia, your Africa, your Gypsyland.

The only reason we’re exporting our democracy, our liberalism, our free market and our civil society to the other end of the world is to make sure they all stay where they are; to make sure they stay put in their miserable clay, cardboard, and sheet metal dwellings. If they try to leave we tell them: wait a minute, we’ve sent you everything you need – military, administration, values, models, food, clothes, even our technologies – so please stay where you are.

Waves of refugees or emigrés arriving from the South instead of oil are an apocalyptic vision for present-day Europe. Nobody in their right mind wants to share their riches and their peace and quiet. There is an internal contradiction somewhere in this notion, for by helping the rebellious Arab countries to democratize we are handing them passports and visas to our world. And they will say: Let us in. Share with us everything you have. We’re just like you, after all. We have free elections and legal opposition. We belong to the free world. You can’t turn us away.

These days the West is capable of transferring its values to anywhere in the world within a few days. It is capable of dispatching democracy in the same way food supplies can be dispatched to countries afflicted by a famine. All in the hope that once they are fed and liberated from their oppressive regimes, they will remain in their inhospitable, desert-like countries. And since the tyrants have failed in this respect and didn’t manage to keep their subjects on a tight rein, perhaps liberalisation will prove more effective. Or whatever the beneficiaries will make of it. The West has turned into a strange island. Besieged and surrounded by aliens from all sides, it needs fresh blood to survive. But at the same time it is aware that this fresh blood will result in the destruction of its present identity.

For a long time we, people in the East, had been like those rebellious Arab countries. We may not have looked out for fighter jets and aircraft carriers, only for the recognition of our right to decide our own destiny. But we never lived to see it. The West stood idly by as Hungary bled to death in 1956 and Czechoslovakia in 1968. I’m not writing this to complain. After all, we have now become very much like the West, watching the Arab uprisings without great emotion. We’re waiting for them to bleed to death. We’re waiting for someone to sort them out at last. Basically, we don’t care who will take power over there. Provided someone does take power and stabilizes things, for we can’t keep getting so stressed every time we want to fill up the car.

Oh yes, I do remember the loneliness under communism. The world watched us with moderate interest but primarily with a fear that our drama, our tragedy, might – God forbid – spill over the border. History is repeating itself. Again we watch from a distance as people who long to change their destiny sacrifice their lives, but we have nothing to offer them. We are scared of them because they are different. We don’t want them to start resembling us because then – well, then they will come here.

The article was published in a German translation in the NZZ. A Slovak translation appeared in Forum, a weekend supplement to the daily SME.